USA Today: What to do if immigration officers come knocking at your door

SAN FRANCISCO — Roundups of undocumented immigrants across the country have sent immigrant rights advocates to social media, blasting out information in multiple languages on how those caught up in such raids should respond.
If Immigration and Customs Enforcement (ICE) agents show up at the door, the American Civil Liberties Union (ACLU) advises not opening it unless the agents can show a warrant signed by a judge.
“Ask to see it (through a window or slipped under the door,” the graphic, available in multiple languages, says.
ICE administrative warrants don’t allow agents to enter a home without the consent of the residents. Residents can ask through the door why the agents are there and request an interpreter if they need one.
If there is no warrant, ask the agents to leave information outside.

If the agents force their way into the home, “don’t resist. Tell everyone in the residence to remain silent,” the ACLU says.
If you are arrested “remain silent and do not sign anything until you speak to a lawyer,” the graphic said. 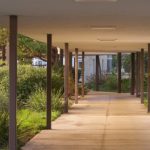 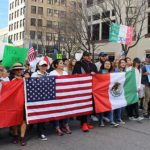 U.S. Gets A Taste Of Life Without Immigrants In Nationwide ProtestsImmigration, Special Topics