Professor remembered for his compassion and instructional talents

By Ross Brenneman
Greg Henderson, an adjunct professor at the USC Rossier School of Education, has died, his family announced Wednesday. He was 48.

Henderson had taught in the Marriage and Family Therapy program at USC Rossier since 2010, including classes on counseling skills, couples therapy and psychopathology. He was recruited from the Maple Counseling Center in Beverly Hills, on the recommendation of an MFT practicum student who praised him as an exceptional site supervisor.

“We speak of impact often in our work at Rossier, and Greg certainly left a mark on those who knew him,” said Dean Karen Symms Gallagher in a message to the school community. “Even greater than his strengths in psychological theory, psychopathology and assessment were his passions in mentoring new therapists and students.”

Henderson was known for an expression he repeated often to his students: “Be a human first, then a therapist.”

“It is hard to know whether what we do in the classroom sticks. Greg was an especially talented professor, and I saw the fruits of his work every year when I had second-year students in my classes,” said Ginger Clark, a USC assistant vice provost and professor of clinical education at USC Rossier. “I was always struck by their command of the various psychiatric disorders as we did case conceptualizations. Invariably the students were better diagnosticians, better at differential diagnosis and identifying co-occurring disorders, than I was. Greg did that.”

In addition to teaching for USC Rossier, Dr. Henderson also maintained a private practice as a marriage and family therapist with offices in Beverly Hills and Venice. He received his education and training from UCLA (BA ’97), Antioch University (MA ’03) and Pacifica Graduate Institute (PhD ’09).

More recently, Henderson had been exploring the development of a new nonprofit treatment center in Venice, a vision that would combine a multi-disciplinary training environment and affordable mental health services for the community. He was interested in this being a setting that could be a practicum and internship site for USC Rossier’s MFT students, according to Professor of Clinical Education Mary Andres.
“His compassion was so evident, and his robust practice of psychotherapy and supervision of interns provided great insight to how the students might see their own professional futures,” Andres said.

Henderson struggled to recover from heart surgery last spring and suffered a series of recent setbacks. Following the announcement of his passing, student, alumni and faculty appreciation for Henderson poured in through Facebook.

“Dr. Henderson told me once, early on in the program, that we give a little bit of ourselves away to our clients each time we meet with them, but we shouldn’t mourn that loss,” wrote Sal Farooq MFT ’16. “Instead we should cherish it as an act of giving that ultimately improves the lives of those we are charged to care for.”

Henderson is survived by his husband, Matt Freeman, and their young daughter, Mazzy. A memorial service for family and friends has been announced for March 5, 2017.

In lieu of flowers, the family has suggested contributions be made to support the USC Rossier Endowed Scholarship Fund in the USC Rossier School of Education. Contributions will go to award a scholarship to an LGBTQ student in the USC Rossier Marriage and Family Therapy (MFT) program. Gifts can be made online in memory of Dr. Henderson or sent directly to the school. Checks payable to USC can be mailed to: Attn: Diana E. Hernandez, Director of Development, 3470 Trousdale Parkway, Waite Phillips Hall Suite 1103D, Los Angeles, CA 90089-0031. 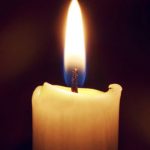