MELVERN—Richard (Jesse) Masterson was born Jan. 3, 196, and passed away Jan. 7, 2016, after a short battle with pancreatic cancer.
Richard was a resident of Melvern at the time of his passing. He was formerly from Boulder, Colo., and San Diego. He graduated from Melvern High School in 1979. He graduated from Emporia State University in 1986 with his masters. Later in life, he completed his masters in religious studies from Naropa University, Boulder. At the time of his death, he was working on his doctorate from Pacifica Graduate Institute, Santa Barbara, Calif.

He was preceded in death by his older brother, James Bevan.
Survivors include his parents, Howard and Arleta Masterson of Melvern; his siblings, Rose Artzer (Tom) of Topeka, Brenda Masterson of Topeka, Dale Masterson (Steve) of San Francisco, Debra Masterson (Kelli) of Rockford, Ill., and Anita Johnston (Keith) of Oak Harbor, Wash.
Richard had lived in San Diego before moving back to Kansas. He had returned to Melvern to complete his doctoral dissertation and to be closer to family. His research was centered around the family farm and his love for the land. He was only months from completing his dissertation before his illness.

Richard’s wish was that there not be a funeral or memorial service. Instead, he had requested an End of Life Celebration. It will be held at the Melvern Community Center from 1 to 4 p.m. Jan. 17.

In lieu of flowers, the family has requested donations to the KU Cancer Center, sent in care of Feltner Funeral Home, 818 Topeka Avenue, Lyndon, KS 66451. Online condolences may be left at feltnerfuneralhome.com. 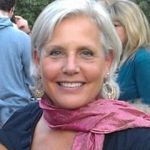 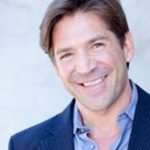