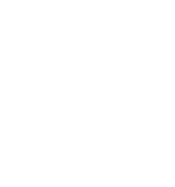 A Tribute to James Hillman

“Now, the genius of Hillman’s work in my appreciation is his differentiation of imagining: image, personifying, aesthetic response, notitia, pausing, digesting, and so on. These are not simply abstract concepts but the very real dynamics of imagining that allow us to engage an encounter with the heart and turn an event into experience, into soul.”

A Ph.D. in Depth Psychology (2007) from Pacifica Graduate Institute, Matthew Green presented this reflection on 4 March 2012, at A Gathering to Offer Tribute and Celebrate the Life and Work of James Hillman.
≥ please listen @ https://soundcloud.com/pacificaalumni
•|•|•|•
I am grateful to be here at this tribute to James Hillman.

When I was in high school, I saw the play Six Characters in Search of an Author by Pirandello. I remember the intensity of these characters on stage as they expressed their longing to be claimed and recognized and to belong and find their origins in the author that penned them.

Reading Hillman, the family of ideas, intuitions, and thoughts about being in the world that in me intensively longed to be recognized and named found a home, found their origins and the family tree to which they belong.

My foremost experience of this homecoming of ideas begins with Hillman’s notion of soul: “that which turns event into experience.” Who doesn’t come home, at least a bit, to this idea of soul?

Well before I encountered the writing of Hillman, I worked as a director and teacher of college study abroad, primarily in France. I didn’t send the students to the library, but to cafés and department stores, churches, villages, and cemeteries, unemployment centers and flea markets. I discovered early in my tenure that it was not what the students learned about the country, or how many places they visited or even how much fun they had that generally made the experience meaningful to them. What gave meaning was getting to know and coming to love an aspect of the world that before had been foreign, distant, even threatening.

I grappled for years trying to identify the nature of the students’ participation in a learning that was meaningful. Some of what I read in the literature in education and cross-cultural anthropology hinted at the experience. But when I began to study Hillman, these ideas were fully recognized and were able to draw on the validation and courage Hillman breathed into all that he wrote. And I read this in The Thought of the Heart and the Soul of the World:

Imaginational intelligence resides in the heart: intelligence of the heart connotes a simultaneous knowing and loving by means of imagining.

That is truly what I was trying to teach or incite in the students: The capacity to imagine when engaging the world. Now, the genius of Hillman’s work in my appreciation is his differentiation of imagining: image, personifying, aesthetic response, notitia, pausing, digesting, and so on. These are not simply abstract concepts but the very real dynamics of imagining that allow us to engage an encounter with the heart and turn an event into experience, into soul.

One party to an event is the imagining self, but the other party is the landscape. I knew that it was not just the students’ imagining that made the encounter meaningful; there was also the animated, ensouled world, anima mundi. Just as Hillman describes the dynamics of imagining, he also gives us language and ideas to apprehend qualities of an animated world: beauty, nature, spirit of place, and ugly. These are qualities that belong to the event but that are only revealed and noticed by means of imaging. Thankfully, these qualities sometimes have the force and awe to awaken even the most psychically numb. That’s what beauty and nature and ugly can do. And that was the case so often in study abroad, which made it so conducive to teaching imaginational intelligence.

Imagine if we taught imaginational intelligence in our schools, alongside the scientific method and critical thinking. In my dissertation, I call this mode of knowing poetic awareness — the knowing that comes of an imagining self engaging an animated landscape. It is a knowing that bridges the knower and the known. If our teachers came to appreciate the dynamics of imagining and recognize soul in the world around them, then when they are teaching the children and taking them on a field trip to the local park or museum they would invite them and help them learn to let the shapes, colors, textures, and invisibles they encounter to be imaged, aesthetically responded to, digested. In this way, they might learn to engage the poetics, the interiority, the soul in the world. And who knows what difference that would make.

I am still in education, working at a community college just north of Santa Barbara, still trying to weave a concern for soul into the field of education.
I’ll conclude by evoking a final idea of Hillman’s that is central to my capacity to listen into the poetic and archetypal dimension of the events in my everyday life. That is the notion of epistrophe or what Hillman also calls reversion. In Re-Visioning Psychology, Hillman writes that “all things desire to return to the archetypal originals of which they are copies and from which they proceed.” And in The Dream and the Underworld, he writes, “Reversion is a method which connects an event to its image, a psychic process to its myth, a suffering of the soul to the imaginal mystery expressed therein.” I feel the sacred animal joy of poetic participation when I engage in the method of reversion, letting the image of a moment or an encounter find its archetypal background, which so many of my own ideas have in Hillman’s writings.

Thank you, James Hillman, for deepening my engagement in life and for gifting Pacifica with a body of ideas that reverberate through the hearts of everyone touched by this place. 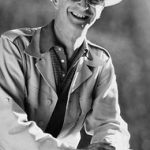 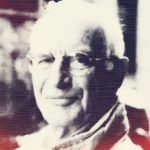