I learned through one of my students of the massacre in an Orlando, Florida nightclub on Sunday, the day following the cataclysm. She related to me how a close friend of hers had frequented the club often. The word spread through our classroom; we were all stunned in part by the sheer massiveness of this violent act by one man, whose weapon’s power transformed him not into “a lone gunman” but into one whose force was not unlike a military invasion, a small army, so violently deadly was his weapon. Our prayers and support went immediately out to those who had died, to their families and to the dozens wounded, some at this writing still struggling to survive.

We continued through the final hours of the class, but in a stunned and distracted manner. So many questions found themselves into our own traumatized space. Events like this, more frequent and deadly, insert wounds into our national heart. The contagion of violence spreads out across the country and the planet.

My own thoughts did not race to what were often the patterned questions levelled at such human horrors: Who? What? How? Why? But to “yet again?,” and “another attack?”

On my way to the airport next morning I stopped for breakfast in Santa Barbara and bought the local newspaper in order to learn the story. I began to gather what was known at that point; the story was new and familiar at once, an old story with new turns in the plot.

Once home, I floated between news shows listening to interpreters of the events and then to the unfolding history of the killer. I listened to the President’s almost resigned tone in Orlando as he and the vice president laid a wreath of remembrance to the dead and wounded. I found myself praying for the dead, the maimed, their families and then for our entire nation, so battered and beleaguered from many assaults both within and without. It was suffering its own deep afflictions, estrangements, divisions, animosities, intolerances, blames, political presumptions and prejudices, hurling volleys of execrations back and forth. And now this horrific carnage as an eruption of all those wounds into one large gash that voiced a cry for sanity and uniting beyond all self-interested ideologies and refrains that both camouflage and deflect the deep fissures in the human soul that explode onto the innocent in random moments of violence. But perhaps not random at all.

Attention continued to gravitate to the killer: he was troubled, he was written up in school for erratic behavior, he was a troublemaker. We seek a personal causal explanation, but they are always depressingly insufficient, simply not enough.

So I asked again, as I have before: what is the voice of violence and what does it want us to hear, comprehend, take in, while the violent ACT feels so insanely out of kilter with the norms of a civil society. I believe that violence has its own autonomy and its own voice, its own rhetoric and wishes to be heard, indeed, insists on it. Violence itself is a calling to us, to hear what has been ignored, deflected, pushed to the edges, or talked past so it cannot be heard—to hear what does not fit one or another program—aggressive cries for rights, fear of security’s breach are examples.
In addition, in horrific acts of violence and in the everyday acts of domestic violence taking place behind closed doors and not reported, I ask: what is being enacted, voiced, and demanding a hearing. Violence needs a new language, way beyond “he was radicalized,” or he suffered from this or that complex. Violence’s voice stems not from rational consciousness that invites a neat explanation but from the primal wellsprings of the unconscious, a reality never mentioned in any conversation or presentation I have heard.

Violence slices through all conventions with a cry, a plea, a forceful pause in the normative. It tears a gap in the social fabric and seeks to be heard. Blaming—this could have been prevented if only—or explaining—he had a history of trouble—mutes the voice of violence and its unbearable utterances. Violence has a voice, but I am not sure we have heard it with ears that can stand its truth. So the carnage grows larger and even more dramatic. We can count the dead and wounded and so offer statistics, while the enigma of violence is not addressed.

Does violence, perhaps, speak of what feels exiled? What is it that has become displaced in the soul of a nation and seeks now a place, searching for or finding a home emotionally and psychologically? Or is violence a form of homelessness, another form of ritual, a grotesque form of a rite of passage, even a response to a feeling of social and spiritual exile? Like so many, I am left with questions, but they serve as prompts that encourage me to look at the mythic dimensions of violence that pull the discussion out of the safety net of cause and effect and asks us to address the unconscious itself as a territory that continues to be denied. 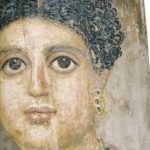 Tender Mercies: Love, Oatmeal, and the Quest for WholenessFaculty Voices 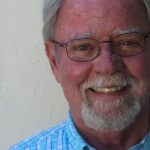