Dr. Stephen Aizenstat serves as Chancellor of  Pacifica Graduate Institute, which he served as Founding President. Reflections from the Chancellor collects Steve’s posts to Pacifica’s growing family of alums.

The soul spark and the lifer

Celebrating the first year of the Alumni Association was more than affirming the extraordinary accomplishments of what has evolved over these last twelve months. Yes, we came together to assess where we have been, to celebrate an anniversary, and to work hard over a weekend to envision rather than actualize specific initiatives going forward. Yet, in addition to what was visible and made tangible, something else — one might say, “the visitation of the invisibles” — made their presence known time and again. The many voices of the Pacifica soul body entered the gathering on many occasions.
Participating in a working group on Saturday, I felt touched by many who have contributed to the Pacifica dream for more than 35 years. I was particularly moved when we spoke of how our individual work, informed by our studies at Pacifica, is now making its way into the world and having impact on individuals, families, and communities worldwide. Our mission of tending soul in and of the world revealed itself again and again as our work deepened over the days.

Many of us felt as if something more was speaking as the field among us became activated and animated. As we developed “action steps” for this coming year and took responsibility for following through on new initiatives, time and again folks expressed the feeling that the collective psyche, the deeper voice originating from the hearts and minds of those not present, guided and inspired our work.

Two moments in particular touched me in ways that went beyond what words can describe.

First, sitting with a group and working toward community outreach (developing plans for lifelong learning opportunities and alumni services) evoked a time of “creative collaboration” that reminded me of the soul sparks alive during the years of origination of Pacifica herself. The vitality, the commitment, and the sheer joy of following a calling felt both impactful and resonant. The vision and the visible found each other. The “new” came into the room, complete with body and soul. In fact, as you read this, people are meeting together now working toward implementation of particular programs and services.

Second, on Sunday, we went around our full circle and invited the psyche to present herself in images responding to what had occurred over the weekend. She came forward with the kind of “imaginal intelligence” that is sourced in what James Hillman names the “Blood Soul.” She spoke, we listened. It was as if we experienced a kind of “time out of time,” which is, of course, what happens in dreamtime consciousness. The abundance, the fertility, the patience to listen deeply to psyche’s speech was, for me, a reminder of how important it is to include “another way of listening.” The room filled with the presence of the images who had, in many ways, mused our work all along, and who now added, supported, and commented “from the bottom up.” The intelligence of a psyche-centered perspective was included and valued. Oh, my! At that moment, my body started to come even more fully alive. I was reminded of another time, now over 20 years ago or so, when a group of faculty met in a rustic home not too far away from the Pacifica campus and engaged in a similar process out of which was birthed the Depth Psychology programs. She was present then, and the animating psyche was present now.

All I could say, when we were asked to offer our closing impressions, was to join the choirs of others in declaring, “Hey, count me in, I am a lifer.”
Something special happened this weekend. We were guided by the hard work, preparation, and expertise of trained facilitators and, too, we were inspired and pushed into what had brought us together from the beginning: a commitment and love of the deep soul.

•|•|•|•
•|  COMMENTS  |•
Collected here, with posting dates, are observations made in the “Comments” section included with the original appearance of this article at the initial website of Pacifica Graduate Institute Alumni Association.  Please feel welcome to offer additional notes in the current “Comments” function.
•|•|•|•

website visitor  |  5 Dec 12
Steve! Loved reading this memory of that weekend today. Am just returned from London meeting with Tyler Brule, and staff at Monocle magazine. Working with them on several projects, also Criterion Institute Leaders Shaping Markets event in London for February 2013. Love to circle back with you about how to connect you into these discussions where psyche should be deeply present.
•|• 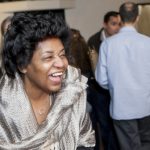 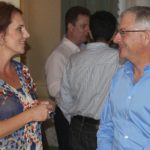 The home-coming is upon usComing Home to Pacifica, Events, Reflections from the Chancellor