The Dream: A Forgotten Call to Action? 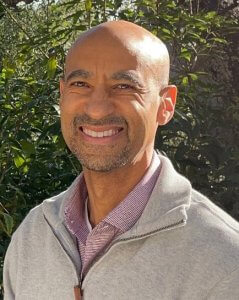 Growing up like many children in my generation, I was taught about Dr. Martin Luther King, Jr. and his “Dream.” I wanted to follow in Dr. King’s footsteps, and agreed with others that the most important part of Dr. King’s speech started with the words:

I have a dream that one day this nation will rise up and live out the true meaning of its creed: ‘We hold these truths to be self-evident: that all men are created equal.’

And I believed it concluded with the words:

Let freedom ring from the snowcapped Rockies of Colorado!

Let freedom ring from the curvaceous slopes of California!

But not only that; let freedom ring from Stone Mountain of Georgia!

And when this happens, when we allow freedom to ring, when we let it ring from every village and every hamlet, from every state and every city, we will be able to speed up that day when all of God’s children, black men and white men, Jews and Gentiles, Protestants and Catholics, will be able to join hands and sing in the words of the old Negro spiritual, ‘Free at last! free at last! Thank God Almighty, we are free at last!’

While there has been some progress in this country, the deaths of George Floyd, Tamir Rice, Sondra Bland, Breonna Taylor and numerous others, and the several attempts to disenfranchise Black voters have woken us up to the fact that Dr. King’s vision is far from realized. Shortly after George Floyd’s death in 2020, we witnessed a widespread national movement decrying the many deaths of Black, Indigenous, and People of Color (BIPOC) at the hands of police, reminding us of Dr King’s words,

“We can never be satisfied as long as the Negro is the victim of the unspeakable horrors of police brutality.”

During the election of 2020, in the face of voter suppression efforts and in the midst of the public health and economic crisis created in part by COVID-19, we heard members of the BIPOC community claiming that they in effect “cannot vote,” while others in large pockets of the country were essentially stating, I have “nothing for which to vote” in the face of economic oppression and increasing crime. The italicized words above reflect some of the phrases Dr. King used in his “I have a Dream” speech:

“We cannot be satisfied as long as a Negro in Mississippi cannot vote and a Negro in New York believes he has nothing for which to vote.”

This nation still has a long way to go toward achieving the Dream, even fifty years after Dr. King’s death. Fortunately, Dr. King provided a blueprint for achieving the Dream, hidden in plain sight in his “I Have a Dream” speech. Dr. King articulates strategies, tactics, and suggests a timeline for action.

Strategy – Follow the Constitution and the Declaration of Independence

Early into the speech, Dr. King recommends invoking the words of the Constitution and the Declaration of Independence to demand equality in accordance with those sacred documents.  Dr. King points to the phrase that all people will “be guaranteed the unalienable rights of life, liberty, and the pursuit of happiness,” describing this guarantee as a “promissory note” from the nation. Dr. King’s strategy was to use the United States of America’s founding and most sacred documents to demand payment of the promises guaranteed to all.

Dr. King reminds the nation that employing Soul Force is among the most effective tools:

We must forever conduct our struggle on the high plane of dignity and discipline. We must not allow our creative protest to degenerate into physical violence. Again and again, we must rise to the majestic heights of meeting physical force with soul force.

At the same time, Dr. King calls for the participation of the BIPOC community and allies to the movement, essentially Dream Warriors. He understood that it was in the self-interest of allies and everyone else in society to protect freedom for all:

Dr. King knew that the fight for equality was everyone’s fight, and that society’s failure to advocate for the rights of the Black community would ultimately lead to fewer protections for the nation as a whole. Not only does his speech call on Black people and allies to act together, but it also emphasizes the power of the present:

It would be fatal for the nation to overlook the urgency of the moment. This sweltering summer of the Negro’s legitimate discontent will not pass until there is an invigorating autumn of freedom and equality. Nineteen sixty-three is not an end, but a beginning. Those who hope that the Negro needed to blow off steam and will now be content will have a rude awakening if the nation returns to business as usual. There will be neither rest nor tranquility in America until the Negro is granted his citizenship rights. The whirlwinds of revolt will continue to shake the foundations of our nation until the bright day of justice emerges.

Dr. King’s legacy warns us that if we fail to act now, we risk having the same conversations and struggles for freedom fifty years from now. In honor of Dr. King, and remembering this past powerful summer of protest, I encourage everyone, the BIPOC community and allies together, to take immediate steps to continue the march toward freedom. From scholarly pursuits to outreach and advocacy, our efforts to achieve Dr. King’s Dream must continue.

Marvin Richards is General Counsel at Pacifica Graduate Institute. Previously, he was the Chief General Counsel for the nation’s seventh largest public housing authority and also served as Deputy General Counsel at a large college. Mr. Richards chairs the Board of Directors of NewBridge Cleveland, a community-based, social-emotional arts-infused after school program and workforce training center. Additionally, he is a Captain (O-6) in the U.S. Navy Judge Advocate General’s Corps reserve. 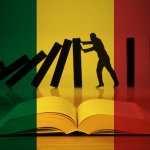 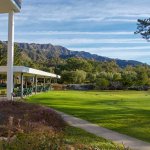