Spectacle Over Substance in the New Myth

When we take a well-earned break from the onslaught of news that bombards us daily, we might wonder, as we should, how fantasies of reality have gained such strength and support in these past years and seem to coagulate today with greater concentration?

I returned to a book I had read in 2012, published in 2009 by foreign correspondent of 20 years and a New York Times writer for 15 years, Chris Hedges: Empire of Illusion: The End of Literacy and the Triumph of Spectacle. His cultural diagnoses have become more prescient and more ubiquitous with time.

On the inside dust jacket is a pair of steely sentences: “A culture that cannot distinguish between reality and illusion dies. And we are dying.” His book then details carefully and with abundant supporting sources how this stark diagnosis can be grasped. His bibliography carries a cargo of 120 sources.

I chose just a few of his insights to share in this article.

1. “We are a culture that has been denied or has passively given up, the linguistic and intellectual tools to cope with complexity, to separate illusion from reality.” As an educator of 53 years, I have found the most challenging and rewarding task with students to encourage and foster critical and imaginal levels of discernment with the material we are studying. Reading and thinking with discernment are both challenging and rewarding gifts to ourselves throughout our lives.

Such a posture can shield one from the ambiguous and unknown future as well as insulate one from the past, from history, from the wisdom of our ancestors, and from a more panoramic view of one’s present reality. Such a condition can be reinforced, Hedges argues, by those seeking power and self-interest to create an appearance of intimacy with one’s supporters while not actually possessing the qualities they boast about possessing.

Lastly, an important question for any of us thinking critically about these issues might ask: Who in fact is creating or recreating our “public mythology”—Hedges’ term—and for what ends? 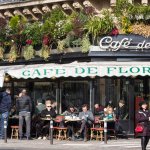 Showing Up for Life: The Artist-IntellectualEssays & Poems, Faculty Voices 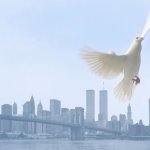