Athena used to love going to the dog park, playing fetch and chasing birds. Then Brutus showed up and started bullying Athena and her friends.

With the Annual Olympus Park Dog Race coming up, it’s up to Athena to raise everyone’s spirits and help make the biggest event of the year the best one yet.

Athena the Brave follows the story of Athena, a white pomeranian, as she learns why our words matter and how to forgive and find friendship even in the most unexpected ways.

About the Author
Nina M. Kelly, Ph.D., is a mythologist with an emphasis in depth (Jungian) psychology (Pacifica Graduate Institute). She is also a storyteller, author, humanitarian, and cultural and arts activist. She has specialized in Archetypal Pattern Analysis and Dream Patter Analysis. Nina has a great sense of adventure, which is sparked by learning more about people and their cultures. Nina firmly believes that if you understand a person’s culture, stories, myths, and rituals, then you open your world to greater compassion.Nina is also the Amazon bestselling author of HoneyBee TreeHouse, Success Breakthroughs and Success Mastery, co-authored with Jack Canfield, and The Big Question, co-authored with Larry King. She was the executive producer of the first episode of the docuseries In Case You Didn’t Know with Nick Nanton. Additionally, Nina was an executive producer for the award-winning documentary A New Leash on Life: K9 for Warriors. The film focused on the organization K9s for Warriors, a non-profit dedicated to helping service men and women overcome PTSD using rescued service dogs. Nina’s latest documentary, Folds of Honor, follows a non-profit agency that provides educational funding for the families of fallen soldiers. Nina was the executive producer of the short film Dandelion, which won the Judges Award. Nina has served on numerous non-profit boards and challenges her readers and viewers through inspirational storytelling. She continues to believe that storytelling and story-sharing originate from the hearts of everyone searching for expression, thus healing both the listener and teller. www.ninamkelly.com

For more, go to: Amazon.com 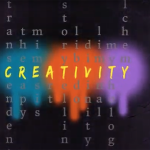 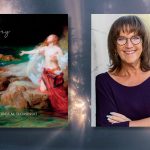