Who is Will Linn?

Will currently co-hosts a radio show that he created for the Santa Barbara News Press called Mythosophia, in which he interviews leading story artists and scholars from such territories as myth and religion, sci-fi and fantasy, visions and dreams, rituals, novels, films, comics and other storytelling formats and mediums. He is in his fifth year as founder and host of the Joseph Campbell Foundation Mythological RoundTable® group of Ojai, CA, which meets beneath the historic Teaching Tree at The Ojai Foundation. He also writes the newsletter for the global grass roots network of Mythological RoundTable® groups (60+ on 6 continents). In the last five years he has been a leader and participant on research tours through England, Prague, Israel, Jordan, Turkey, Greece, Italy, and the Vatican. These tours were oriented around his mythological interests in Arthurian legend and the Holy Grail, the Golem and alchemy, Abrahamic religion and Classical mythology. He is the oldest of five closely knit-brothers and has had the good fortune of having lived in Birmingham, AL; Findlay, OH; Detroit, MI; Sewanee, TN; Myrtle Beach, SC; Orlando & New Smyrna, FL; Ojai and Los Angeles, CA.

Tell us about Your Work:

I love my work. I teach world literature to high school freshmen at ICL Academy and mythology to college sophomores at Relativity School—both campuses are within LA Center Studios, and a majority of my students are pursuing the arts. I teach myth as a meeting place of academia and creative passion, which has resulted in more than a few hidden tears of pride when students come to me with screenplays, films, and dances inspired by our study of myth. In addition to teaching, I am the Director of General Education at Relativity School, where I am also responsible for the library, writing lab, and our mission to integrate the in depth study of story throughout our programs.

Wearing other masks, I co-host a radio series called Mythosophia for the Santa Barbara News-Press that can be found on Mythosophia.com, which also hosts recordings of Myth is All Around Us with Maggie Mendenhall and presentations at JCF Mythological RoundTable ® groups I mentor or lead at the University of Mumbai, Ojai Foundation, and, soon, LA Center Studios. I also edit Indra’s Net, the monthly newsletter for Mythological RoundTable ® leaders on six continents.

A classmate from my undergraduate philosophy program at Sewanee (AKA University of the South) applied to teach at Relativity Workshops, and they encouraged him to submit an application to teach philosophy as a general education course for their new BFA programs that launched last fall (2014). He told me about it, and I crafted an email. The email was essentially an introduction of myself followed by an explanation of why I thought that, if you have to offer non-film courses to filmmakers, you couldn’t do better than mythology. The basic line I’ve continued to use involves something like—teaching students to see the symbolic in image, the archetypal in character, and the mythic in narrative.

To watch the rubber meet the road when creative and philosophically minded students convey to me that the study of mythology has led to the deepening of their beliefs and heightening of their inspiration.

Story, Campbell, and the Hero’s Journey have naturally shown up in numerous syllabi across Relativity School’s curriculum. Finding an omniscient view of all the school’s programs to develop an intentional itinerary for the study of story is a challenging and complex project.

Like my father and grandfathers, I thought I’d be a business man, until, at 17, I began to experience a combination of nystagmus and partial complex seizures in my right temporal lobe. These spells followed a string of sleep paralysis events, which were triggered by my exploration of Cartesian doubt and Camus’ absurd man. After months of existential anxiety and apathetic withdrawal from action I was laying in my bed when the corner of my dorm room became a vortex of darkness that threatened my existence. Paralyzed, I fought with the full strength of my teenage immortality drive. This backfired. Cutting through the chaos was a whisper, “be still.” I was, instantly. These terrifying events occurred off and on for months until I recognized my own preparedness to fend off the spell. They never came back. Shortly after, I found my solution to the problems presented by Camus and Descartes (something I’ve pursued through to the completion of my dissertation). Seizures started the next day. When I learned to employ the same stillness technique that resolved my paralysis, the seizures also faded, as did the nystagmus, eventually. By the end of this three-year process, I was new.

I turn 30 May 9th, AKA Victory Day, and I’m feeling pretty good about the responsibilities with which I’ve been trusted since I graduated last May. There is, however, a lot of inner work that I need to do to keep pace with my new and evolving reality. My vessel is full, busy, and floating in unexplored seas. I’d like to reconnect with and expand my inner stillness.

Fortunately, with Hillman’s guidance and my sweetheart’s reminders, I’ve been able to turn my play into work—immersion in mythology, the study of story, content creation, philosophical spelunking, dreaming big, sharing my thoughts. I feel very lucky. All that having been said, I am now working my play so much that balancing my life and work is definitely a growing challenge. My precious introversion time is harder and harder to come by, and my love for free new thoughts are more and more crowded out by dreams I’ve committed to realizing.

My senior year in college I took a Greek mythology class to enjoy some post-lunch story-time. As a philosophy major, what struck me was the way conversations and positions I was familiar with were engaged by religious myths that date back far further than Thales. Mystified by the profundity with which myths engage philosophical topics, I came to realize, not only does myth extend further and wider than Western philosophy, myth also uses modes of psyche that philosophy proper hardly knows—imagination, metaphor, symbol, narrative, etc. After a trip to Greece on which I researched my favorite early philosophers, I read some Campbell. I then found Pacifica’s myth program. Recognizing that it was the world’s single best offering for my philosophical and creative writing interests, I gladly abandoned my applications to philosophy, psychology, religious studies, and MFA programs.

None of the positions I hold and love would have been available to me without the degree from Pacifica. My gratitude is infinite. I want to give back.

“Courage is primarily of the philosophical disposition” 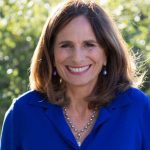 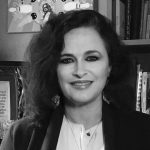