Who is Dr. Leslie Shore? Tell us about your work:

As a journalist and lecturer, I am compelled by the human need for “Story.” As a teacher and journalist, my primary goal is to let genuine voices “be heard” in today’s world. I am a fifth generation Washingtonian—my kids are the sixth—to grow up in the shadow of Mount Rainier. In 1884, my great-grandfather survived a difficult labor that claimed his identical twin in Washington Territory, five years before statehood. My childhood was spent wading through streams and playing in the woods in a close-knit community where friends hailed from all life stages. Some were as old as 89! I was thrilled to hear their life stories over tea, in their homes, on rainy afternoons. It seemed that the crux of “what ails thee” was buried inside the extraordinary narratives that swirled through the ordinary lives of everyday people. It was a chance encounter with a spider, however, that lured me into a different career path by fatefully weaving herself into a little human story.

In my first year of college, I was a dedicated psych major with an acquaintance that needed to find a home for his pet tarantula. Since I’d spent summers as a naturalist for a wildlife park, I had learned a deep appreciation for the human-animal connection. (With a caveat that yes, humans are also animals.) Feeling that arachnids were misunderstood, I brought her back to my dorm and named her Antigone after the tragic weaver in Sophocles’ Oedipus Cycle. Somehow the campus TV station caught wind of Antigone and did a feature story. The head of the broadcast journalism program liked the story and invited me to join the department, so I switched, which led to a career in radio, TV news and documentary work.

Eventually, the tarantula was stolen by malicious pranksters and sadly, never recovered. Antigone was honored with an obituary in the local newspaper. The spider actually wove another symbolic parallel: the original Antigone defied King Creon to give her brother a sacred burial. Ironically, I also perform women’s funerary rites, am a longtime certified Hospice volunteer and produced an award-winning TV series on death and dying.

What is most rewarding about it; what makes it worthwhile?

Bill Moyers once said: “Creativity is piercing the mundane to find the marvelous.” Human beings bear the promise of wondrous narratives that can reshape our world. Journalism taught me how to “listen” and in so doing, I learned to “bear witness” in the hope that even heartbreaking stories can impact society in positive ways.

Recently, I did a two-hour lecture for faculty and students at Central Washington University on incarcerated mothers and the case for family visitation. The lecture featured video interviews conducted on Mother’s Day with women and children in two of California’s largest prisons. Those heartbreaking interviews communicate much more forcefully than a dozen white papers on criminal justice. Family visitation is proving to be healing, in measurable ways, as correctional officials in several states are restricting or abolishing personal visitation, in lieu of video chat. Yet, an incomparable element of personal visitation is the healing, soulful aspects of “human touch.” Studies show that even one visit from a family member, once a year dramatically reduces recidivism. 96% of those incarcerated will someday be released to their families, but how “whole” will these moms be? Americans all too often fixate on “punishment” rather than employing successful rehabilitation models, such as those found in Norway and Sweden that emphasize reparation and restoration. I will continue speaking out to as many people as possible to share the personal, authentic stories of mothers in prison.

Bearing witness to the difficult stories of others carries a personal cost for the listener. It’s hard to assimilate tragic stories as a reporter because they forever play upon your psyche. I still see the victims in my mind and remember the carnage from stories about rape, murder and fatal traffic crashes. One such story was a lengthy investigation into a licensed daycare center that culminated in eight criminal counts of child sexual abuse. For our society, there’s a price to be paid from the decline of traditional journalism (especially longer format investigations) such societal ills can fly unreported, under the radar. If we have learned anything from Pacifica, it is that when humans render something to shadow, it resurfaces in monstrous ways.

There were two episodes that forever changed the way I viewed stories. The first was the tragic death, while on assignment, of a very close friend and colleague who was a TV news photographer. I was among the first few to arrive on the scene of that fiery crash and my friend’s death is forever etched on my soul. The second was, not less than a month later, at the scene of a light plane crash in an industrial area that killed several businessmen. One of the pilot’s wives arrived to see the carnage and was treated callously by cops who couldn’t manage authentic grief. She recognized me, so I stopped reporting to help this traumatized woman locate her adult daughter and safely leave the crash site. After those two air crashes, death and dying took on more soulful, personal import. By engaging with a survivor, I learned about “the other side of suffering” which engendered a depth of compassion in me that hasn’t waned—even years after the fact. It helps me work in death and dying with greater understanding of profound loss.

Inspiring students to find important stories and report such stories professionally, ethically and with high standards of excellence. The most important part of such journalism is learning how to listen to the authentic voices of news sources. While, at the same time presenting stories in mythic ways by drawing upon universal themes and archetypes that are present but overlooked by standard news approaches. I would like to land in place where students can benefit from my experiences in print/broadcast journalism, screenwriting and film analysis. In today’s media-drenched world, images are as vitally important as they once were in the pre-literacy age. Except that today, such images are manipulated on a massive scale to control political agendas and disturb the peace of nations. Learning to discern images and decipher messages is critical as our global society unfolds.

As a longtime Hospice worker (who also researches death/dying texts and rites) increasingly, I am looking for ways for the dying to tell their stories and help them find their most authentic voice to communicate their life journeys. It is healing for the patient and builds a trust of stories for future generations so their loved one is long remembered.

This is something I work toward and my family forces me to slow down, thankfully!

Following TV news and newspaper publishing, it seemed like time to pursue and study longer form storytelling such as feature film work. I spent a couple of years in LA trying my hand at spec scripts for features and while two were considered by studios, they didn’t get made. While researching scripts, I realized again that digging into the “human need for Story” was really the heart of my search. It was then, that I decided it was time to plunge into graduate school and Pacifica was my first and only choice. Here’s why: at my stepdaughter’s graduation from Sarah Lawrence College, (where Joseph Campbell taught) I was surprised to find a Pacifica catalogue sitting on her backseat. For years, I had been considering PGI, but never talked about it. My stepdaughter, however, told me: “Some nice, random woman handed this to me on campus, so I figured, somehow, it was for you.” Noting a flash of synchronicity, I felt the time for scholarship had come. When I arrived at Pacifica to be interviewed by Walter Odajnyk, I felt wonderfully at home in a place where sensitive humans could be present in a harsh world. Now that Walter is no longer on earth, I am ever grateful for that first day in the garden with him—as well as those enriching years spent in his classroom.

Earning a doctorate in mythological studies marked a shift from “retelling the stories of others” to soulfully understanding Story as a vital societal conduit. Pacifica’s approach broadened my understanding of the psychology of story and the role of archetypes in narratives. As a result, I have a greater awareness of the human dimensions of Story. My dissertation explores the idea of anima as the creative spark that animates stories as inspired by Hayao Miyazaki’s progressive heroines, brought to life by Japanese Shinto symbolism, fairy tales, legends and world myths. Pacifica inspires cross-cultural understanding and that is critical if we are to tackle the challenges of a global community.

It has poignantly and irreversibly changed the way I approach human stories. For instance, I could identify that incarcerated women felt they were trapped in an “underworld” and how, as Demeter grieved over Persephone, these moms also mourned their children. At the first prison, I retold the story of Demeter to one mom who found comfort, in what she described as a depth of “woe” so intrinsically “maternal that its very power” altered the seasons. I truly believe in the healing nature and transformative power of stories, more and more, every single day.

“You’re on an adventurous journey trying to figure out what it is to be a human being.” 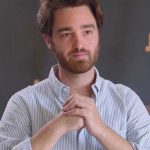 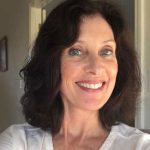