Dr. Leslie Shore completed her Ph.D. in 2013 from Pacifica Graduate Institute in the Mythological Studies program with an emphasis in depth psychology.  Her areas of study include Classical Women’s Mythology, Ancient Ritual as Psychosocial Remedy in Modernity, Japanese Shintoism, Mythic Narratives in Film and Death, Dying and the Mythic Underworld. Dr. Shore wrote her dissertation on Japanese Master Animator Hayao Miyazaki and his progressive screen heroines who are community builders, environmental stewards, and problem solvers for their communities.

A former award-winning broadcast journalist, producer, and community newspaper publisher, Dr. Shore reported on many societal ills (for nearly two decades) and produced a 5-part documentary series on Death and Dying entitled “Celebration of Life.”  Since that time, Dr. Shore has devoted her life to supporting the dying and their loved ones through Hospice and End of Life support and consultation.  Dr. Shore is a Funerary Ritual Practitioner for Women and recently spoke in the UK on her work: “Tahara:  Ancient Ritual as Remedy in Modern Bereavement.”  In addition, Dr. Shore lectures on Mass Incarceration and the crucial role that Personal Family Visitation plays in the restoration of families torn apart by the criminal justice system. 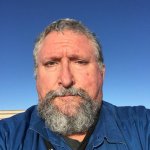 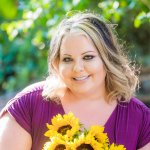