Who is Dr. Gregory Scott Baisden?

Gregory integrates mythological story and guided imagery with Mindfulness meditation and somatic healing in his private counseling and bodywork practice, his studio classes and “joyshop” seminars, his world walking tours, and his unique approach to transpersonal divination via Tarot and Akashic records. These complementary and mutually supporting modalities define his work of Recombinant Mythology and Mythic Escapades.

Tell us about your work:

First, that creation — from our lives in specificity to the cosmos in totality — finds expression through distinctive narrative patterns and figures that form and inform our life paths, our perceptions, our beliefs, our feeling.

Second, that these patterns and figures offer us revelatory and transformational models applicable to our circumstances not only as encouraging or cautionary tales, perforce as guides to identifying, envisioning, and crafting the destinations of our particular life path.

In a nutshell, you might say that our formative stories — received scriptures and myths, familial models, cultural cues, accepted and enacted beliefs — are neither “wrong” nor “broken” but rather suffer from our emotionally and psychologically clouded interpretations and thus applications of them.

Thus, the basis of my work entails dispensing with moralistic notions of “right and wrong” and embracing ethical differentiation between effective and ineffective means of affirming life and Being itself.

And I enter this work of personal and collective mythic narrative from an essentially Hermetic or alchemistic perspective that I call amalgamysticism, a recombinatory embrace of all the world’s efforts at refining human potentials.

A vast question. Illustration and iconography captured my imagination at an early age, and impelled me to research meanings behind images.

For instance, my fascination with mythology began in Second Grade with an imperative to map differences and similarities between Greek and Roman pantheons, so similar in appearance yet so distinctive in message and cultural values. That approach carried into encounters with other mythologies — particularly Celtic, Nordic, and Teutonic — and greatly informed my experience of literature and history, language and symbology, including pop culture.

You might say that I researched and mapped nearly everything I encountered — partly because my early experience of Christianity via the Lutheran Church suggested grave inconsistencies between, as it were, testament and action. That lead to explorations of scriptural and political doctrines, organizations, and interpretations, which guided me further into self-directed studies in esoteric literature and even “occultism” (now understood as the New Age movement) and, ineluctably, through Buddhism into perennial Vedic philosophy.

Yet I pursued these studies always with an insistence on experiential knowledge, hence my immersion in ritual and puja, yoga and physical therapy, and what might be called “magickal operations.” And, of course, sharing, teaching.

So, my interests grew from a deeply personal and interpersonal quest into transpersonal activities. In fact, I achieved my first Master’s degree in Transpersonal Studies.

The work itself is its own reward, an endless mystery of discovering, uncovering, recovering ancient and current messages and meaning.

For me, infinite joyful and sorrowful rewards emerge from tracking human means of experiencing and transcribing, and understanding and expressing, our multifarious sense of existence and of being.

Most fascinating for me (as a writer as well as a ritualist and counselor): peering into and clarifying those means and expressions toward resolving our turbulent human history and culture. That is, catalyzing and reframing our interpretations and applications of our foundational stories. Re-visioning them, as James Hillman would say.

Humanity stands at its most decisive crossroads, between despoiling the planet as inert material resource or honoring it (and ourselves within it) as living phenomenal expression and process of being.

We confuse the material bounty of incarnation as a myriad of separate entities or species or cultures rather than as specific guises for a continuum of shared being. Our critical problem involves recognizing our place in creation — phenomenally and conceptually — as participatory rather than hegemonic. Humans, at best, may serve creation as stewards, co-creators, rather than as masters.

Underlying our presumptuous exploitation of the planet seems to me to derive from what Joseph Campbell called “The Great Reversal,” when humanity departed from a reverent sense of itself as spirit incarnate in a joyous material experience, and indulged a scornful notion of itself as spirit incarcerated in a gross matter — a perspective in some ways spiritually helpful yet in numerous ways practically fatal, as we are seeing played out around us today.

Yet (as I suggested earlier), the fallacy is not in our foundational stories, per se, rather in our emotionally and psychologically clouded interpretations and thus applications of them. Hence my formulation of a Recombinant Mythology.

Has there been a defining moment in your life that made you decide to take the direction that they did?

Frankly, my life seems to encompass a series of synchronistic “defining” moments. In a very real way, especially looking back over decades, I perceive myself as continuously guided to this work via multiple events and discoveries, and via inclination.

Were I to choose one defining moment, I might harken back to my time suffering from rubella and scarlet fever (having been inoculated as a precaution against German measles), which required convalescence in a closed and shrouded room for several ruminative and at times hallucinatory weeks. Kept from sunlight to protect my eyesight and skin, my days were hot, feverish immersions in waking dream states. At night, in the relative cool, I could open a window, peer into the starlit sky, listen to music, and read — mostly history and mythology.

Did this drive a decision or affirm an inclination of direction?

First, Mythic Escapades (mythicescapdes.com) expands my Mythic Yoga and Mythic Story seminars into “mythic walking tours” of ancient sacred and historic sites. Our current itinerary brings us to Athens, Crete, and Delphi in May and June of 2020. We’ll reveal potent mysteries central to the life and legacy of these sites from the perspective of Archetypal Psychology and as means of acknowledging and catalyzing our personal life narratives.

Second, Anahatantra Institute (on facebook) culminates my years of study and formal initiation in several lineages of yogic practices, from Kriya Yoga and Vedic philosophy to Vajrayana and Maithuna Tantra. Our “Invitation to Tantric Ecstasy” joyshops in Phoenix (AZ) and Seattle (WA) explore the radical intimacy of reSolutionary (non-violent) communication, reverent interpersonal commitment, and refined (spiritualized) experience of libidinous energies.

Third, Bhakti Immersion training (on facebook) draws me into collaboration with two celebrated yoga practitioners in the Phoenix area, the kirtan wizard Monica Page Subia and the pranic healing specialist Cassandra Bright Wallick. Offering insights and perspectives on the iconic figures and stories of Vedic literature and scripture both expands my Mythic Yoga seminars and furthers my great aspiration to share the Mahabharata, the Ramayana, and the Bhagavad-Gita from the perspective of Archetypal Psychology and Recombinant Mythology.

An important question. The simplest answer is that my life serves this dharmic work, and my dharma informs my life.

As I offer my services as mythic counsellor, neuromuscular bodyworker, tarot divinatory, and writer, I base my work and recreation in a “five-fingered” balance of bhakti (devotional well-being), dharma (right action), tapas (proportional harmony in word and deed), dhyana (reverent study and meditation), and hatha (inspirational yoga asana and pranayama).

While my personal spirituality centers around ancient Vedic techniques, it spirals through an identifiable path common to all traditions, with respect for each — hence, amalgamysticism and Recombinant Mythology.

About Pacifica and You

Having explored world mythology and scripture (received and esoteric) from a young age, the second item on my “Life Path To-Do” list was to formally study mythology from the perspectives of C.G. Jung and Joseph Campbell. A synchronistic and karmic encounter at a life-changing retreat with Michael Meade and Luis Rodriguez inspired me to act on my interest in Pacifica, which I first attended in Fall 1997. Unable to sustain travel between Seattle and Carpinteria, I reluctantly withdrew after two semesters — which impelled me into somatic training and achieving my Master’s in Transpersonal Studies, which in turn enabled me to joyously return to Pacific in 2007 and complete my Doctorate in 2011. Quite the fulfillment of a life’s dream!

My entire current professional life, including my writing, centers on the path fulfilled in studying and achieving my degree at Pacifica.

My Ph.D. in Mythological Studies with emphasis in Depth Psychology brings together several decades of self-directed exploration and training in several disciplines and modalities. In many respects a culmination, my time at Pacifica inaugurated the integrated life’s work I always intended and now pursue passionately.

“So many necessary quotes! Allow me to choose one currently echoing through my work…

If I closed my eyes, it seemed the song of the man’s harp

was the world singing, and the sound that came from

his lips the song

of hills and trees. A man could revive the dead

like that, I thought; and the dad would glace back

In anguish at the grave,

“Every Angel is terrifying. And yet,

alas, I invoke you,

almost deadly birds of the soul, 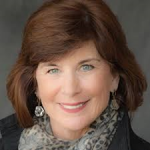 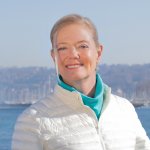