Allyn Enderlyn earned her Ph.D. in Clinical Depth Psychology in 2013. She recently created a documentary film based on her dissertation, which was described as “a beautifully written, powerful, and historically important document.”  Dr. Enderlyn is a licensed Psychologist and Psychotherapist in Switzerland, and a Licensed Clinical Professional Counselor and Supervisor in Maryland. Since the equivalence of degrees is governed by a European Union treaty, her achieving an American Ph.D. equivalence is considered pioneering.

Dr. Enderlyn holds an MBA in Finance from George Washington University and a BA in Psychology from The American University. She is active in several American Psychological Association Divisions and is on the Executive Committee of the Society for Aesthetics, Creativity, and the Arts.  Dr. Allyn speaks on many topics, including her passion for citizen archiving, international psychological assessment, clinical practice, and teaching.

Dr. Enderlyn is Professor of Psychological Assessment in the graduate program at Webster University, Geneva.  Her students and clients come from every region of the world, and her clinical practice is bilingual in English and French. Dr. Enderlyn feels grateful for her experiences, which have helped her develop a deep sense of global citizenship. 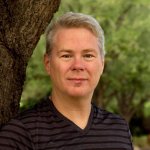 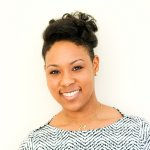