Tell us about Your Work:

Following a many-faceted career involving writing and performing for stage and screen, I found my way to Pacifica, where I studied Mythology and Depth Psychology. My life and educational experiences coalesced into a new path for me, and I developed writing workshops for all levels of writers. As a writing consultant, I lead The Way of Story and Heal Your Self with Writing workshops throughout the United States, Europe, the Middle East, and Asia. I also offer online courses and maintain an informational blog on writing.

After playing major roles in over fifty plays, I became disappointed by the lack of good roles for women, so I wrote a play about Virginia Woolf, On the Edge, about her struggle with madness in a world gone mad (World War II). The play went on to win a National Endowment for the Arts Award! After this, I continued to write more and more, for both stage and screen.

I went from acting and playwriting in New York City, to screen and television writing in Hollywood, and I had a parallel career teaching graduate school in NY at The New School University and LA at USC Film School. All of this experience, in addition to my time at Pacifica, led me to the realization that developing these experiential writing workshops would be my new work as well as continuing to write stories that served soul.

The knowledge that creativity is my path and the best therapy I know.

Perhaps the greatest challenge has been the free-lance career in the arts. I have been fortunate to earn my living first in the theatre, then in Hollywood, plus graduate school teaching.

That my current play, Freud’s Oracle, now published and performed, will continue to attract public responses and invitations to perform the play. It is a true story and one worth telling.

As a recovering workaholic, I try to balance my life more than I have before. I’m not quite there, but I’m going the right direction! Meditation, time spent with friends, reading, good movies, and exercise, especially swimming, all help me with this aim.

Three months before I began my first semester, an amazing dream came to me. I had been over-working in Hollywood, teaching two graduate writing courses at USC, writing for the popular TV series Touched by an Angel, and writing a film for Disney Studios starring Dolly Parton, Unlikely Angel. The dream actually told me the direction my life needed to take next, so the very next day, I enrolled at Pacifica and worked half time for the next two years.

Having taught graduate school for twenty years before I attended Pacifica, I did not really need another degree. Nevertheless, I signed on for the journey, and it served my soul. Writing all those papers helped develop my prose which resulted in having four books published. (Previously I had written poetry, plays, and movies.)

I had been drawn to C. G. Jung as an undergraduate, through reading. Years later, going to Pacifica re-united me with Jung. This was just what my soul needed after my years working in NYC and Hollywood.

“The Soul is the important thing. Form will follow.”

–  Amagatzu, the founder of Butoh 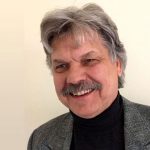 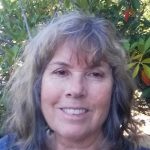