photos from people.com
Two major wildfires in Southern California and one in the north are wreaking devastation across the state, already having killed at least 31 people and forcing some 150,000 to abandon their homes.
According to ABC News, more than 6,700 residences and businesses have been destroyed thus far in the Camp Fire in Northern California’s Butte County, which started on Nov. 8. Meanwhile, the Woolsey and Hill fires, which ignited the same day, have ravaged Los Angeles and Ventura Counties. At least 177 homes, many of which belonged to celebrities, have been destroyed in the area. In all, almost 200,000 acres of land have been burned across California, and about 228 people are missing.
As of Monday morning, the Camp Fire was only 25 percent contained and the Woolsey and Hill fires were about 75 percent contained, which makes providing support to the region crucial. Here is a collection of organizations that are helping with aid and recovery on the ground.

American Red Cross has established shelters across the area and is also providing emotional support for those who’ve been affected by the devastation. It’s possible to donate directly to their efforts in the California wildfires through the website. You can also text REDCROSS to 90999 to make a $10 contribution

This organization supports the Los Angeles Fire Department, which has assumed much of the burden of containing the fires, as well locating and helping victims, in the southern part of the state. Donating money, as opposed to contributing goods, is the best way to support the firefighters. Los Angeles Fire Department Foundation has started a campaign to provide hydration packs, according to LA Magazine. 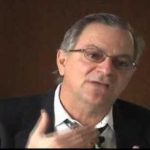 Our Hearts Again Open with LoveReflections from the Chancellor, support network 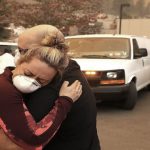