The death toll ticked up to 31 people Thursday, and it’s likely to climb still higher.

The death toll from the Northern California wildfires ticked higher Thursday, with authorities confirming that 31 people have died so far in the course of the 21 fast-moving blazes.
Seventeen of those fatalities have come in Sonoma County, sheriff Rob Giordano said in a press conference Thursday evening. The other deaths have been reported in Mendocino County (eight), Yuba County (four), and Napa County (two).
Those 31 deaths have now set a new state record for the deadliest spate of wildfires in California history. The second deadliest event was set in 1933, when a fast moving brush fire in Los Angeles’ Griffith Park killed 29 people and injured more than 150.
“We will do everything in our power to locate all the missing persons,” Giordano said. “And I promise you we will handle the remains with care and get them returned to their loved ones.”
The Sonoma County Coroner’s Office has identified 10 people killed in the county, eight of whom were in their 70s or older. Giordano said authorities had begun searching for those killed by the blazes.
“We have recovered people where their bodies are intact,” he said, before noting that officials “have recovered people where there’s just ash and bone.”
Giordano warned it’d be “unrealistic” to think the death toll wouldn’t continue to rise. He noted that in Sonoma County alone, out of a total of 900 people who were originally reported as missing, 437 have been confirmed as safe.
Most of those reported missing are presumed to have the status due to the difficulty of communicating in the area, not because they’re necessarily deceased or injured.
“We have had big fires in the past,” California Gov. Jerry Brown said in a press conference Wednesday. “This is one of the biggest, most serious, and it’s not over.”
Recent Posts
About 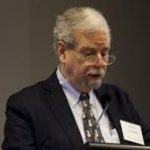