“Waking Up From War: A Better Way Home For Veterans And Nations”,
Joseph Bobrow
Foreword by H.H. The Dalai Lama

“What’s the matter? The war’s over,” someone said to a veteran. “Yeah,” she replied, “over and over and over.”
War trauma brings in its wake a collapse of time. The present is engulfed; the past colonizes moment-to-moment experience; and the future is collapsed. Severe PTsxD and all variants of PTspD are characterized by an experience of haunting. I am not referring to religious “demons” but rather to unprocessed experiences that have been sequestered away and frozen in time in the interest of survival. Their impacts are potent and fearfully unpredictable but they cannot be easily identified and contained, not to mention explored and transformed.

Ghosts In mythology, ghosts have no roots, and their restless wandering does not cease—and does not cease to disturb the living—until they are properly honored. Veterans and other trauma survivors can feel as if they were possessed, as if something were clamoring or silently exploding or imploding.

There is a way a ghost becomes an ancestor, and traumatic experiences become memories. The community provides the connective emotional tissue that holds. The fear of falling through the cracks abates; we stop holding our breaths in traumatic reaction and anticipation, and finally exhale. We hold ourselves less tightly wrapped and come to trust that we are supported. As this trust deepens, we allow ourselves to engage again in the moment. The community provides a bigger container in which unrepresented anguish can be represented, reexperienced in a new key, and transformed from a haunting ghost into a memory. The integrative and dynamic process I call turning ghosts into ancestors depends both on consciously cultivated attentiveness and unconscious emotional activity in the relational field. This transformative activity was originally named by the psychoanalyst Hans Loewald. Although he was not referring to dissociated traumatic residues such as war generates but to the unconscious byproducts that ensue when we repress sexual and aggressive drives, his words speak directly to the struggles we have been discussing.

“Those who know ghosts tell us that they long to be released from their ghost life and led to rest as ancestors. As ancestors they live forth in the present generation, while as ghosts they are compelled to haunt the present generation with their shadow life.”1
I want to introduce you to two recent veterans. Robert was remote and suspicious, and one could palpably feel just how depressed he was. A heavyset Iraq veteran, he came with his wife, who stayed close at all times. But he was not responsive to her, or to anyone for that matter. Arnold had a gruesome tour in Afghanistan, witnessing things he could barely acknowledge. After returning he alternately withdrew and exploded. After blowing up at his son for being “soft,” something Arnold of course could never let himself feel, Arnold flew into a rage and shoved his son against the wall. But he said he really felt like killing him. Ashamed, alarmed, and afraid, he fled his own house and did not return. The retreat was the first time he had been in the same room with his son for two months. In the group of fifteen fellow male veterans, he spoke little and often sat with his head near his lap, his face covered. Once, after beginning to speak, he bolted from the room.

In the introduction we met drone pilot Anthony, who said his brain hurt each night after returning home. Working out and video games, activities of choice for many veterans, didn’t work for him. “I need something real,” he said. This experience of hearts and brains hurting, of “going out of my head,” is also represented in a poem by Zen master Thich Nhat Hanh. 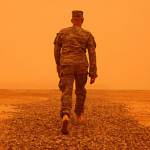 Waking Up From War: A Better Way Home For Veterans And Nations (Part 1) by Joseph BobrowSpecial Topics, Veterans 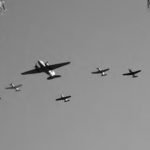