We invite you to participate in a gathering of academics, analysts, students and others interested in Jungian and post-Jungian Psychology, where we will consider how the cultural differences between East and West can contribute to better understanding the totality of the psyche.

In the late nineteen twenties C. G. Jung’s interests began to drift toward Eastern religion and culture (Jung 1936, 1937, 1939, 1948, 1953, 1954). This turning point in Jung’s career serendipitously coincided with his study of Richard Wilhelm’s Secret of the Golden Flower and Heinrich Zimmer’s Artistic Form and Yoga in the Sacred Images of India. Jung’s investigation of Eastern religion and culture supplied him with an abundance of cross-cultural material to compare with his hypotheses of archetypes, the collective unconscious, and other manifestations of psychic reality. There was something else in the East however that seemed to form the nucleus of his personal myth. In fact, Jung’s personal myth seems to have culminated with a figurative journey to the East where the sun is continuously reborn, a motif that Jung referred to as the night sea journey, which symbolizes one’s effort to adapt to the conditions of inner psychic life. The wisdom found in the East seems to have provided Jung with a sense of psychic orientation, and a partial road map, to navigate his own individuation journey.

Thus, drawing inspiration from Eastern thought, Jung further adapted his theories and practices and applied them to his psychology. Jung’s encounter with Eastern culture then marked an attempt to synthesize a greater whole by showing what we can learn from psychological differences. This conference will consider what is created when differences are encountered and further integrated into awareness.

It is difficult to adequately describe the differences between Eastern and Western culture because of the complex differences associated with each mode of experience. In Japan alone there are various traditions, religions, social systems and unique cultures, along with its long history, adapting science, religious and cultural influences from abroad that have been integrated into Japanese culture (Reischauer, 1970). Jung writes, “To us [the West], consciousness is inconceivable without an ego; it is equated with relation of contents to an ego. If there is no ego there is nobody to be conscious of anything. The ego is therefore indispensable to the conscious process. The eastern mind, however, has no difficulty in conceiving of a consciousness without an ego. Consciousness is deemed capable of transcending its ego condition; indeed, in its “higher” forms, the ego disappears altogether” (1954). On the other hand, Kawai (1976) opined that Japan is a ‘maternity society’ differing from the Western paternal one and that the Japanese ego is nearer unconsciousness. This theme aptly suits the first IAJS conference held in Japan.

Therefore, the 2019 IAJS regional conference provides an opportunity for foreign Jungian therapists, scholars, students, and analysts to directly experience Japanese traditions and cultures. It also offers a rare challenge to introduce the latest Jungian and post-Jungian psychology to people in Japan who are interested in it. Following the recent fast pace of globalization and development of IT (Yama, 2013), the conference provides an opportunity to encounter a vast range of differences, to include people, subjects, religions, and cultures, which may create new conflicts and troubles in both societies and individuals’ psyche (Nakamura, 2018). The main purpose of the conference is to discuss differences when they are encountered, what kind of conflicts and troubles occur, and whether Jungian Psychology can provide any way to overcome or resolve them.

IAJS (International Association for Jungian Studies) is an international interdisciplinary association which welcomes analysts, psychotherapists, and scholars interested in Jungian Psychology. (https://jungstudies.net/). The IAJS regional conference at Otemon Gakuin University Osaka takes place from 2nd-3rd November 2019 and is sponsored by Otemon Gakuin University. Otemon Gakuin University in Ibaraki city is located between Kyoto and Osaka and is about twenty minutes by train traveling from both central Osaka and Kyoto, and near Nara. Kyoto, Osaka and Nara hold long Japanese traditions and bear witness to numerous world cultural heritages and sites. This venue is thus the most ideal and attractive location where participants can vividly experience Japanese traditions and culture. For additional information, reference https://www.otemon.ac.jp/english/.

Andrew Samuels is an internationally renowned commentator and speaker on political, social, and cultural themes from the standpoint of ‘therapy thinking’. Clinically, Andrew has evolved a unique blend of Jungian and post-Jungian, relational psychoanalytic, and humanistic approaches. Andrew’s website is www.andrewsamuels.com.

Iwao Akita is a Professor at Kyoto Bunkyo University, a Jungian analyst, a psychiatrist, and the author of A Japanese Jungian Perspective on Mental Health and Culture: Wandering madness (Research in Analytical Psychology and Jungian Studies).

Megumi Yama is a Professor of the Humanities department of Psychology. Kyoto Gakuen University, Japan. She specializes in mending the rift between Eastern and Western thought and transcending the world of dichotomy.

The conference language is in English and (in part) Japanese

Please submit a title and abstract of no more 300 words in English by March 31, 2019, directly to email addresses below.

If you have any queries regarding your submission or other queries, please contact iajsjapan2019@gmail.com (in English)

konoyu@otemon.ac.jp (in both English and Japanese)

With best wishes on behalf of the IAJS 2019 regional conference program committee: 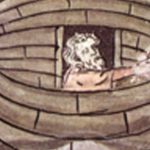 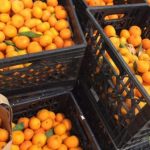