16th Conference of Research in Jung and Analytical Psychology

Co-Sponsored by The Asheville Jung Centre and Chiron

We invite you to participate in an interdisciplinary gathering of scholars, practitioners, artists and activists exploring themes and ideas around “chaos” and “interdisciplinarity” in the context of Jungian and/or post-Jungian ideas, concepts, and practice-oriented work.

The conference will be held at the Cambria Hotel, which is located in downtown Asheville, North Carolina, from Wednesday, 26 June through Saturday, 29 June.

Jungian psychology is an interdisciplinary undertaking. While Jung frequently asserted the primacy of psychology, his thinking also drew heavily on philosophy, theology, esoteric studies, comparative religion, and literature. In terms of practice The Red Book prefigures art therapy and arts-based research, wherein active imagination is a precursor to both drama therapy and Gestalt “Empty Chair” dialogues, while Sandtray work anticipates the emergence of play therapy.

In a similar vein, Jung has an ambivalent attitude towards chaos.  On the one hand, he sees it as something to be tamed and ordered; yet, it is also chaos itself that provides the opportunity for order to emerge. It follows, for Jung, that chaos is both inevitable and indispensable. Indeed, he regards the whole psychic world as chaotic, while noting how the libidinal energy of the psyche brings the energy necessary to provide balance, despite its being temporary/fleeting. He writes in CW 4 of libido: “We are also indebted to the energic view for dynamic images and correlations which are of inestimable value to us in the chaos of the psychic world” (para. 270). An example is the alchemical image, where chaos is equated with the early stage of the darkening of the psychic material that will be transformed into the psychological gold of individuation. As Jung notes in Mysterium Coniunctionis, CW 14, “The original, half-animal state of unconsciousness was known to the adept as the nigredo, the chaos, the massa confusa, an inextricable interweaving of the soul with the body, which together formed a dark unity (the unio naturalis)” (para. 696).

As he so often does, Jung shifts from the personal work of individuation to the shared concerns of society.  He cautions about a collective descent into chaos and the pressing need to engage in personal acts of individuation. In The Practice of Psychotherapy, CW 16, he writes:

Consequently the original exogamous order is rapidly approaching a condition of chaos painfully held in check. For this there is but one remedy: the inner consolidation of the individual, who is otherwise threatened with inevitable stultification and dissolution in the mass psyche. (para. 455)

Jung’s point is a useful rejoinder to the often-held view that Jungian psychology asserts the primacy of the unconscious.  In fact, consciousness brings order to both our individual lives and culture. With this insight, Jung puts consciousness center stage. He develops this point in Psychology and Religion: West and East, CW 11, noting:

Thus to superficial readers of my writings it looks as if I were giving the unconscious a supreme significance, disregarding consciousness. As a matter of fact the emphasis lies on consciousness as the conditio sine qua non of apperception of unconscious contents, and the supreme arbiter in the chaos of unconscious possibilities. (para. 1585)

The theme of this year’s conference is an implicit call to order chaos through consciousness, across and between an array of disciplines. The conference in its scholarly engagement and artistic practice, through the energy of dialogue/dialectic (not debate) and the thoughtfulness of meditative reflection, provides a space to hold and understand the diverse creative and chaotic energies in our lives and cultures.

Theories of chaos are welcomed in the reframing and understanding of the term itself.  Chaos might therefore be seen as: part of an organic system; an integral part of the work of individuation; an act of resistance (i.e., in a political and, or, cultural resistance movement, as well as psychological resistance, and even pedagogical resistance–chaos in the classroom); and also as a call to let the past interpenetrate the present as a means for new ways of being, of knowing, of doing, and for fresh insights to come into consciousness.

As a conference, we are mindful of the ways in which new insights will emerge during the event itself. As one expression of our collective intelligence and care for the world, our collective body of knowledge, so to speak, will need tending. We recognize the need to care for each other as a community. It follows that proposals for the integration of somatic work either in the form of standalone workshops or shorter interventions of possibly just a few minutes that could be inserted into the conference program are particularly welcomed. Proposals for a social dreaming matrix facilitator and leader are also warmly invited. The conference organizers are particularly interested in receiving proposals that include, but are not limited to, the following areas of inquiry:

This list is intended only as suggested entry points into the conference theme. Presentations that contemplate chaos and interdisciplinarity from whatever entry point are welcome.

The Program committee invites submissions for

Submissions should be emailed to Susan Wyatt at sjw.jsss@gmail.com by 15 December 2018.  All submissions will be acknowledged and then peer reviewed. All submitters will be notified within one month of the submission deadline regarding acceptance.

Details of the host site and conference registration will be made available through the JSSS website: www.jungiansociety.org.

Proposal Format
All presenters, including co-presenters, need to complete the following form in full. Please submit in Word (not PDF) format. 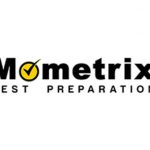 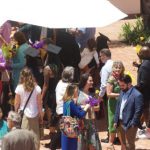 Open Position on the PGIAA Board of Directors: At Large Board MemberNews & Announcements