Act Now: Proposed guidelines for telemedicine set forth in PSYPACT

We would like to inform you of a highly concerning situation at the California Board of Psychology that demands immediate action. On April 30th, the Board of Psychology is considering accepting guidelines proposed by PSYPACT, a interjurisdictional organization that has designed standards for psychologists providing telemedicine. If approved, PSYPACT restricts telemedicine psychotherapy to psychologists who attended APA-approved programs ONLY. Graduates of regionally accredited doctoral programs could become indefinitely restricted from providing telemedicine psychotherapy as a result.

This has a multitude of potential effects. A substantial number (roughly 30%) of psychologists in California attended regionally accredited doctoral programs, rather than APA-approved programs. Dramatically reducing the pool of available clinicians to see patients via tele-health puts the public at risk. In addition, excluding non-APA programs contributes to the growing forest fire of mono-culture and lack of diversity in theory in the field. The proposal also puts these graduate schools at risk, as they would immediately become less competitive with APA schools given their reduced capacity to provide services via tele-health in a changing world. Lastly, it places the BOP under the purview of PSYPACT, a professional organization who does not represent the best interests of psychologists in California, and the general public.

Please read the letter attached to the petition, as it explicates this discussion, and forward this petition to any psychologists or graduate students in the state of California that you can think of. This has come up very quickly, and unfortunately demands immediate action. If you are able, please write a letter and send it to Stephen Phillips, JD, PsyD, at the BOP. His address is at the top of the letter.

If we can answer any questions about the proposal, please do not hesitate to reach out.

Please forward this email to any licensed psychologists or graduate students in the state of California that you know of.

Dear Dr. Phillips and Members of the Board of Psychology,

We are writing to express our concern regarding the Board of Psychology’s decision to consider participation in PSYPACT, the interstate compact for licensed psychologists. It is our understanding that the board has decided to review the proposed guidelines for telemedicine set forth in PSYPACT at its meeting on Friday 30 April. While many states have thus far approved PSYPACT’s guidelines, we see this proposal as a threat to equity, for patients/consumers of psychological services, for the many psychologists educated at regionally-accredited doctoral programs, and for regionally-accredited doctoral programs themselves, many of which are located in our state.

We are especially concerned that PSYPACT’s standards are inclusive of only those psychologists who graduated from APA-accredited doctoral programs. As you know, this excludes a substantial number of psychologists and doctoral students in the state of California who graduated from regionally-accredited programs. We view the APA requirement as a threat to diversity in the field of clinical psychology both regarding access to clinical services and regarding training, supervision, and clinical work, in the ways we outline below:

First, limiting consumer access to only those psychologists who graduated from APA-accredited schools has serious implications. Regionally-accredited doctoral programs are, by our estimate, responsible for the education of at least 30% of the clinical psychologists in California.. Cutting numerous fully-licensed psychologists who train and practice in this state out of the available pool of telemedicine providers will dramatically limit both the availability and the range of services, likely leaving consumers unable to access care when they need it most. Meanwhile, students who graduate from regionally-accredited programs are more likely to stay in state after graduation, and are more likely to provide counseling services directly to diverse members of our communities. For example, many of the trainees and graduates of these non-APA programs offer much-needed support to those clinics and organizations that provide the majority of clinical care to marginalized and underserved people. Disqualifying these licensed psychologists from providing telemedicine psychotherapy is a particularly serious threat to patients who are now working virtually with these providers, as well as to the many who require such help but have, as yet, been unable to access it. In short, such standards put consumers’ well-being, health and safety in peril.

Second, adoption of PSYPACT’s interjurisdictional proposal limits diversity in the theoretical orientations of psychologists as well as in the range of programs in which they train. Whereas APA accreditation efforts over the past decades have moved mainstream psychology toward a mono-theoretical orientation in a majority of doctoral training programs (Levy & Anderson,

2013), numerous non-APA-approved programs, many of them in California, have maintained a long-standing and vital commitment to diversity in their theoretical and clinical approaches. As you know, psychological services are most effective when multiple voices and perspectives are available to inform them, and numerous forms of research evidence demonstrate the efficacy of diverse forms of clinical care, despite the narrow standards and definitions set forth by APA’s Committee on Accreditation. PSYPACT will severely restrict consumers’ access to theoretically diverse practitioners, limiting them to working with clinicians from programs whose faculty are nearly exclusively cognitive behavioral and behaviorally oriented, despite the significant evidence base for humanistic, psychodynamic, family systems and other diverse approaches. This de facto exclusion of so many theoretical traditions shrinks diversity of thought and creates a near-monopolistic constriction of services available to consumers. Additionally, if students perceive that their degrees will not allow them to stay adaptive and flexible in a changing clinical environment, but rather will exclude them from providing tele-psychotherapy services, these schools will see their enrollments decline, putting their viability in danger. Closing these schools because of the devaluation of the degrees they grant will be a tragic blow not merely to California patients and clinicians, but to the field of psychology as a whole.

Third, adoption of PSYPACT allows an out-of-state, non-governing professional organization to regulate and control the standards of California’s professional psychologists. This development has potential risks that far exceed the scope of clinical practice. Adopting PSYPACT would essentially cede regulatory power to a guild organization whose role is to protect itself and its members, rather than consumers and citizens. Instead, California’s psychologists should be beholden only to its own Board of Psychology, through which we are now licensed. We view this latest effort to encroach on the BoP’s regulatory authority as a continuation of previous attacks on the integrity of the California licensure process. Allowing PSYPACT to decide which psychologists can and cannot provide tele-care restricts the state’s ability to adapt to the specific needs of the individuals and communities in our state.

The BoP’s by-laws specifically indicate that regional accreditation is sufficient for licensure; thus, approving PSYPACT would constitute a clear violation of regulation #2914, which stipulates that educational institutions will not be denied recognition due to a lack of accreditation by a specific professional organization. California psychologists do not need regulation by an out-of-state professional organization. We are a powerful community of capable practitioners, and the regulations put forth by our state are unique to its needs. Instead, we urge the California BoP to appreciate that its strong stance will send a clear message to APA and other national organizations that supposedly represent clinical psychologists regarding their exclusionary practices, their growing monoculture, their adherence to epistemologically problematic views of “evidence,” and their continued disregard of states that adhere to a vision of wider access to care and training.

We the undersigned urge the Board to resist the PSYPACT proposal. California has the largest community of psychologists in the country, representing approximately 20% of the U.S. total. The PSYPACT proposal has presented the Board with the opportunity to use its own voice for

this extensive constituency in order to ensure fairness and equity for licensees, students, and consumers of psychological services throughout the state of California. Telehealth will certainly be essential in the coming years, but the Board can do better than PSYPACT. 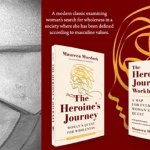 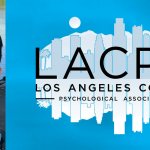