In Remembrance of Nan Savage Healy (Pacifica ‘10) and to celebrate her groundbreaking book: Toni Wolff & C.G. Jung: A Collaboration(2017)

Our mother, Nan Savage Healy, used to say that her two greatest dreams in life were to have children and to write a book. To our great joy, she achieved both.

Growing up in the 50s and 60s, our mother was fascinated by stories of women. She wanted to read about warriors, leaders, and intellectuals to whom she could relate. She grew up in a Jungian household, and spent years as a young adult going to lectures at the Los Angeles Jung Institute. In the 1970s, as a masters student, she discovered the writings of Toni Wolff, who had been both mistress and intellectual collaborator in a relationship spanning 40 years with the founder of analytical psychology, Carl Jung.

In Toni Wolff, our mother found the first Jungian intellectual with whom she felt a personal resonance. She read everything that she could find on Toni Wolff, but was disappointed that what was there was dwarfed by how much seemed conspicuously absent. Over and over, she thought to herself, “One of these days, someone will write a book about this woman, telling her story as it begs to be told, and I can’t wait to read it.” As decades passed and no such book appeared, it became inescapably apparent that the only way she was ever going to get to read this book was to write it herself. 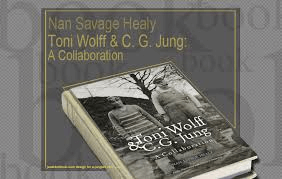 The creation of Toni Wolff & C.G. Jung: A Collaborationwas an incredible journey for our mother. She meticulously pieced together the story of Toni Wolff’s life from primary sources, spanning the Library of Congress to Switzerland, where she spent time with Toni Wolff’s living descendants, who shared their closely held artifacts and memories. They had carefully preserved what was left of Toni Wolff’s books, correspondence, diaries, original paintings gifted to her by Jung, photographs, and more, waiting for the right person to come along, recognize the richness of meaning in them, and enable Toni Wolff finally to be given a voice. Our mother proved to be that person.

In 2010, she received a Ph.D. in mythological studies from Pacifica Graduate Institute, using her dissertation as the first rendition of what would become her book on Toni Wolff. As life brings blessings, so too does it bring hardships, and the following year, our mother was diagnosed with late-stage ovarian cancer. Between rounds of surgery and chemotherapy, she continued to invest her available time and energy into her book. After a miraculous six years of this struggle, the book was nearing completion. Our mother received an offer for publication from a prestigious publishing house, but decided to turn it down because it would have entailed relinquishing so much creative control that the book would no longer be the one she had dreamt of reading. During her years as a young adult, she had been a diligent painter and engraver, so that background in visual arts inspired her to use her book to both textually and visually bring Toni Wolff’s story to life. In part, this necessitated being able to include dozens of historic photographs and artworks, some never before published, which was well beyond what a publishing house would afford a first-time author. So she elected to self-publish her book, affording us the privilege of working with her as her publishing team.

In early 2017, we released the book, fulfilling her lifelong dream. To the fullest extent of her ability, she had tailored the text and the visual presentation, through her artist’s eye. The book has received a glowing reception. Reviewers describe it as a beautifully-crafted masterpiece that shines both in scholarly revelation and as a deeply touching human story. And in 2018, we published a premier color edition. To see her work being received so warmly gave her great peace. She said she had finished everything that was of lasting importance to her in life. Shortly thereafter, she passed away at home, with the two of us by her side.

She treasured her time at Pacifica and appreciated the gracious support of her professors and peers. She taught us to always be grateful for the blessings in life and one of her most common sayings was that things will work out the way they are meant to. We feel that she was meant to tell Toni Wolff’s story. And for what she ultimately accomplished, we are extremely proud of her, but even more than that, we are grateful for her. 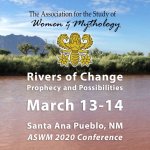 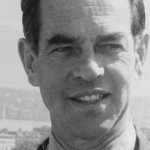