On Feminist Roots and Radical Edges of Depth Psychology at Pacifica: In Celebration of Women’s History Month
Oksana Yakushko, PhD

For many women and men, the discovery of feminism as a personal and spiritual standpoint, may have come as much from reaction to politics of gender (e.g., reproductive rights, equal pay) as from being exposed to the work of scholars. Pacifica enjoys the work of a number of scholars who invite us to redress societal misogyny and to craft psychological theory and practice that supports the full equality of women. Marija Gimbutas’ work, carefully preserved in the OPUS Archive and Research Center at Pacifica, galvanized many women toward a recognition that patriarchy is neither universal nor even that historically dominant (non-patriarchal cultures existed for far far lengthier swaths of time than current patriarchal ones). Her discoveries of the Goddess civilizations, her insistence on privileging the women-centering archeological interpretations of these findings, and her focus on visual documentation of overwhelming evidence of non-patriarchal traditions stirred everything and everyone feminist for generations.

Gimbutas’ work was dismissed by some of her colleagues in academia specifically for being “too feminist.” The patriarchal academy relegated her work to the margins, dismissing it, like dismissing other feminist questioning, as over-emotional reading-into rather than “facts.” Nevertheless, most scholars now agree that many of the known long-lasting pre-Bronze cultures were relatively peaceful, immensely creative, matrifocal and Goddess-worshipping.

Gimbutas’ collection in Opus Archives still inspires many scholars. In addition, her work is important to reclaim again in academic space and public discourse because it disrupts the claim that patriarchy is universal, evolutionary, and biological (i.e., it always has been and will always be).

Chris Downing, another feminist scholar and Pacifica founder, further stirred the worlds of the academy and popular gender views with her writings on Goddesses, myth, religion, women, gender, sexuality, importance of Freud, and more. Mysteries of Same-Sex Love continues to inspire many toward questioning that same-sex relationships are products of recent Western civilizations (rather than also archetypal), are biological imperatives (rather than holding spiritual or transformative personal power), and are to be discussed within the context of politics rather than as an integral part of rich inner lives. Chris, who became the first woman president of the American Academy of Religion, (in the 1970s), is recognized as a feminist pioneer in many fields.

Women’s relations to their bodies as psychic experiences was a contribution that Marion Woodman made, both to depth psychology scholarship and the world at large. Her books, including on The Dark Goddess, named the embodied unconscious longings as well as patriarchal binds that strangle and starve us. Her work is actively used not just at Pacifica but in many feminist spaces (inside and outside of academia) and continues to call women to reclaim relationships to their embodied ensouled selves.

In addition to these feminist and depth psychological founding voices at Pacifica, many other faculty–both past and current–contribute to radical edges of feminist academic and cultural consciousness. Susan Rowland’s many contributions focus on intersections of Jungian ideas, feminism, and humanities. Mary Watkins exemplifies feminist theorizing in all of her work that focuses on marginalization and liberation; Nuria Ciafalo and Susan James’ work with and writing about indigenous women’s knowledge and women’s activism; Safron Rossi’s contribution on the Goddesses re-invigorated the revision of Campbell’s work that focused beyond that of a male hero and male gods. I, Oksana Yakushko, have written or presented about gendered aspects of migration, including human trafficking of women and girls, as well as feminist questioning of dominant paradigms in psychology (e.g., natural sciences research, academic “psychology of religion and spirituality,” evolutionary psychology, animal/comparative psychology and positive psychology). In addition, many many faculty who have been connected with Pacifica as core or adjunct faculty, including Ginette Paris, Maureen Murdock, Veronica Goodchild, and many many others contributed to feminist depth psychological envisioning of psychic and social lives. For example, Maureen’s Murdock’ The Heroine’s Journey transformed the conversation on all-male-hero quest narratives to include women’s ways of finding wholeness.

Feminist work is vibrant in students’ dissertations. Their work has included feminist re-envisioning of Western myths; depth psychological reading of feminist writers and poets; giving voice to women and girls marginalized by their race, class, or sexuality; questioning dominant psychological paradigms in treatment of women and girls; and developing community forums and services for women and girls with attention to social justice and equity.

In her book Feminism is for Everyone bell hooks (2000) reminds us that feminism, as a political and personal standpoint, indeed encompasses all efforts to radically question gendered as well as all other social norms that oppress, split off, marginalize, deny, demean, violate, or disempower. (Notably, hooks has consulted with the Community Psychology, Liberation Psychology, and Ecopsychology program at Pacifica.) In this space, much of the work that serves as Pacifica’s foundation (e.g., Hillman, Campbell, Freire, Jung, Freud) has direct connections to feminist values and imagination. In this space, much of the work of Pacifica faculty and students carries forth principles foundational to feminism: liberation, emancipation, ensurance of voice and human rights.

However, in this contribution I wanted to highlight the efforts at Pacifica that focus specifically on addressing–back then and now–continued prominence of patriarchy and gendered forms of oppression and violence. In this time of jolting awareness of anti-feminism and sexism, of pussy hats and Nasty Women shirts, of marching and protesting, of witnessing the political and cultural narratives of Alpha Males who dominate and possess, more Pacifica feminism is needed.

In honor of March as a Women’s History Month, I invite this consideration of how at Pacifica rich past contributions and current radical developments can contribute to a new wave of feminist imagination and praxis. 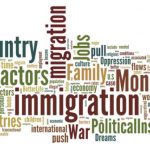 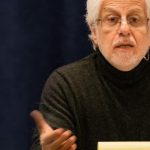