President Abraham Lincoln delivered the Gettysburg Address 155 years ago, when , language was treated with respect and dignity and could inspire a nation instead of divide it.

We have, as a nation, recently finished dedicating one Monday to all the veterans who have served the United States and its citizens in wars both here and abroad. Monday was cause for another celebration, this one involving the creation of a speech that turned the tide of another battle, the Civil War, in which we fought one another (1861-1865).

On that date in 1863, 155 years ago, and midway through a war that may have claimed as many as 700,000 casualties, President Abraham Lincoln delivered the Gettysburg Address, a speech that took no more than two minutes but has found its place in history as one of the most cogent and persuasive speeches ever created. Some believe it turned the tide of the war itself.

The speech carries us back to the eloquence of another era, when language was treated with respect and dignity, where persuasion was part of the political landscape and could inspire a nation. Length is not its strength; brevity is, brevity wedded to eloquence creates its own brand of power.

Recall its brilliant beginning: “Four score and seven years ago our fathers brought forth on this continent, a new nation, conceived in Liberty, and dedicated to the proposition that all men are created equal.” And later, witnessing the place in which it was delivered: “We have come to dedicate a portion of that field, as a final resting place for those who here gave their lives that that nation might live.”

First, Lincoln addresses history and the founding of the nation; he then witnesses the present moment; then to his ending, which points our vision toward the future: “that we here highly resolve that these dead shall not have died in vain — that this nation, under God, shall have a new birth of freedom — and that government of the people, by the people, for the people, shall not perish from the earth.”

His speech is omni-temporal in its sweep, even as it carries us to the depth of the heart of bravery and the sacred quality of the dead and the living who remember them.

At a time when our political landscape is strewn with the corpses of clichéd speech, Lincoln calls us back to eloquence and to the power and transformational abilities of language. Its brilliant rhetoric has faded not a jot in all this time. 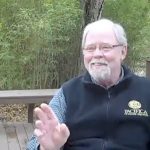 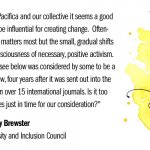 Open Letter from a Group of Jungians on the Question of Jung’s Writings and Theories About ‘Africans’Faculty Voices, News & Announcements