On Thursday March 22, the Myth Salon will be visited by Michael Gellert, author of The Divine Mind: Exploring the Psychological History of God’s Inner Journey, Modern Mysticism, The Fate of America, and The Way of the Small. He is a Jungian analyst and formerly the Director of Training at the CG Jung Institute in Los Angeles. His website is www.michaelgellert.com<http://michaelgellert.com/>. His new book, The Divine Mind, tells the story of the Abrahamic God’s inner journey: who he originally was—a God tormented and divided against himself and humanity—and who he became is a journey from trauma to redemption, from affliction to enlightenment. Spanning from the scriptures of Judaism, Christianity, and Islam to their later mystical teachings, the book explains many of the Hebrew Bible’s darker moments yet concludes on the same joyful note as his journey, namely, on a celebration of his deep, mystical nature. It shows how his inner journey offers us a metaphor for our own.

Then, on Wednesday April 25, Dr. Raïna Manuel-Paris will guide the Myth Salon through an in-depth exploration of the Archetypes of the Tarot, including the transformational nature of the first 22 cards of the Tarot that form the Major Arcanas. The Tarot provides the means to interpret dream images from the collective unconscious. The interpretation represents the great movements of a human life at the soul level, what we all go through during a lifetime. Their archetypal power holds both the light and the shadow, transcending duality and pointing us toward wholeness, and yielding a deeper knowledge of ourselves and our personal connection to the world. Her presentation will contain an experiential part where she will perform readings for those attending the Myth Salon.

Raised in France and England until her early 20’s before coming to the US, Dr. Raïna Manuel-Paris was born of a French Father and a Dominican mother. She holds a Masters Degree in Film from Columbia University, and has taught Magic and Ritual and Myth and Symbol for the last 15 years, after receiving her doctorate in Pacifica’s Myth program. She is the author of The Mother to be’s Dream Book (Warner Books, 2002). Her documentary film “The Bridges of My Father” was selected for the short film corner at the Cannes Film Festival in 2009. More recently her scholarly article on “Trauma, War and Spiritual Transformation” appeared in Psychological Perspectives, the journal of Jungian thought.

The Myth Salon is held once a month in Santa Monica home from 7-9pm at the home of Dana White and is moderated by Dr. Will Linn.
If you wish to attend either of the upcoming Myth Salons, please let me know by responding to this email or sending me an email at dwprods@verizon.net<mailto:dwprods@verizon.net>, or if you want to be particularly helpful, please respond to themythsalon@gmail.com. 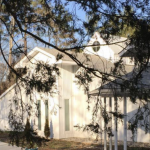 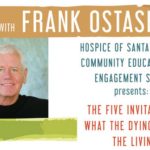 Five Invitations: What The Dying Teach The Living, An Evening With Frank OstaseskiEvents