Trust’s presence or absence will make the difference

Many will remember Ronald Reagan’s famous and oft-repeated mantra, “Trust But Verify.”

He was taught this Russian proverb by an American Scholar, liked it and made it a signature slogan in many of his talks. Trust is a virtue worth exploring at a historical moment of its corrosive weakening. “In God We Trust” is printed on our currency. In money’s circulation Trust is also shared and exchanged. We see the word in “Boards of Trustees,” in “Bank and Trust” logos, in setting up a “Trust Fund,” or in entrusting what we value to another. Security and good faith underpin many formats of Trust in our society; it is verification that that something or someone is in good hands.

I think of Trust as the heartbeat of any authentic relationship. In our exchanges with others, a fundamental question we might and should ask is less “Is this person loyal?” but more deeply, “Is this person trustworthy?” From the response to this central question, all other elements of that relationship ripple out. Along with the virtues practiced by many — Faith, Hope and Love — I would add Trust as the fourth term in a virtuous life. Trust is also no stranger to Truth; they are intimate first-cousins. Truth suffers a hit when Trust is attacked or dismantled. When Trust is beaten down, we may both gasp and grasp for certainty anywhere it appears available. Further, Trust is also sacramental; it creates a sacred way of being with our- selves and others, including our social and political institutions. Belief too shares with Trust a sacred partnership; what and who I Trust I can believe in. They are mutually supportive and nourishing. Without Trust, a host of demons can invade the gap opened by Trust’s absence. Here are a few that come to mind:

In Trust’s absence our horizons may narrow, suffering severe constrictions. Without Trust, generosity loses its vitality as largesse and courage diminish. Without Trust relationships suffer malnourishment and anemia, their vital affection suffocated.

Trust is a compilation of all of the above and more as they assemble a world view, a life perspective, a way of being. Seeing the world through the lens of Trust offers a differently textured world than one envisioned through the filter of Distrust.

When the very young French visitor to the United States in 1830, Alexis de Tocqueville, wrote deeply and thoughtfully about our way of life, the role of citizens within our political institutions and other topics, he penned many insights about the nature of our government that remain relevant today. In his massive Democracy in America, he observed, “The will of a democracy is changeable, its agents rough, its laws imperfect. . . But if it is true that there will soon be nothing intermediate between the sway of democracy and the yoke of a single man, should we not rather steer toward the former than voluntarily submit to the latter?”

He concludes his chapter on “Maintaining a Democratic Republic” by asking us to consider this question: “And if we must finally reach a state of complete equality, is it not better to let ourselves be leveled down by freedom rather than by a despot?” Despotism creates an antithesis of Democracy; what separates the two rests on the vital and vigorous presence of Trust; when mutual Trust is organic, and robust, Despotism scuttles into the shadows. Retrieving mutual Trust could begin a lasting national Peace.

Dennis Patrick Slattery is Emeritus professor in Mythologial Studies at Pacifica Graduate Institute in Carpinteria, Calif. and a resident of New Braunfels. 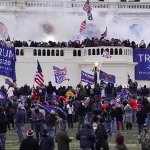 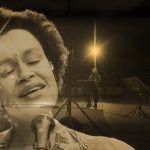