Replacing the Myth of Growth

(Published in the “Opinion” Page of the Herald-Zeitung newspaper in New Braunfels, Texas May 6, 2021.)

We owe a debt of gratitude for Mark Friesenhahn’s Guest Column, “Water Shortages Must be Addressed” that appeared in Saturday’s (April 17-18) Opinion page of the Herald-Zeitung. While he does not use the word explicitly, he is speaking about the myth of growth and the dangers of its excesses, especially population growth in our area.

Two qualities seem to accompany a myth: 1. They often operate unrecognized for the power they contain; 2. They can over time grow into the appearance of facts, so not to be questioned. Both are dangerous for an individual’s myth as well as for a community or region’s myth. Mark’s cautions resonate out to a larger, more global dilemma, including the need to make crucial choices. In a recent documentary, “Extinction: The Facts,”  narrator David Attenborough takes a panoramic view of the way the earth herself is suffering exhaustion, scarcity and a pandemic as sweeping as the Covid crisis.

One of the people Attenborough interviews asks this fundamental question regarding over-fishing in the world’s oceans. “Do you want enormous catches over a short time, or more modest and sustainable catches over a long time?” That decision is being made for us by commercial fisheries. Myths, as belief systems, offer different narratives; those in control, in power positions, will reinforce the story they believe most closely aligns with their views and ambitions, be they excessive or modest. I believe that locally we are attempting to be persuaded by the narrative that there is plenty of water to go around, regardless of our explosion of growth.

Lost or disregarded in this mythic exuberance is a more global myth of planetary scarcity becoming more the reality than occasional aberration. Given little or no voice, however, is another myth: the interconnectedness of all parts of social and natural segments that form a cohesive whole. Every part of nature and culture is interconnected, webbed into a cohesive whole, interdependent and incorporates us all. Any decision by those who hold power that does not imagine such an interdependency is operating out of a fractured myth.

No real change or compromise will occur, no laws of consequence will be enacted—though Mark rightly calls for just such action by asking us to contact our representatives–unless the underlying beliefs driving the current mythology of growth/expansion/development changes. It is necessary to adopt an alternative myth which is the infrastructure that truly powers change. For myths, as much as anything, are attitudes; without a shift in attitude, nothing significant will alter. An alternative myth to that of reining in growth would be:

I believe we all have a civic duty to pay close attention and to vote for those who ae currently running for city council and other positions of influence locally. Who is voicing authentic concerns about the limits of our resources and who are at least considering actions to address this most consequential of crises:  the crisis of growth itself as an outdated myth that needs massive editing to promote sustainability. Thank you again, Mark Friesenhahn. 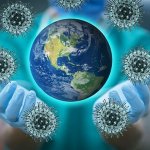 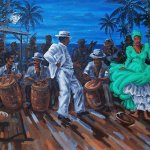