The Kore Goddess by Safron Rossi

The Kore Goddess is an in-depth archetypal psychological study of an overlooked mythic and psychic pattern. Also known as the Maiden or Virgin, the Kore personifies an archetypal state of youthful being in which a person becomes one-in-herself. In The Kore Goddess: A Mythology and Psychology, Safron Rossi applies Jungian depth psychology to ancient Greek imagery, tracing the reemergence of this archetype in contemporary individuation and soul-making, bringing to light the critical capacity to be psychologically virginal. In her treatment of this theme, Rossi draws on her prior study of Greek triad goddesses, showing how the Kore pattern is woven into configurations such as the Fates, the Furies, the Graces and other bands of female deities. Expanding Jung’s little known insight that the Kore is central to women’s psychology, Rossi reveals a teleology of soul related to korehood—a deep integrity grounded in one’s essential nature and character. Our relationship to this archetypal pattern brings a sense of vitality and sovereignty, as well as a connection to the interior rhythms of life. [Winter Press Publishers www.winterpresspublishers.com]

Safron Rossi, Ph.D., has dedicated her life to the study of literature and mythology, fields in which she holds her degrees. She is a member of the core faculty at Pacifica Graduate Institute, teaching mainly in the Jungian and Archetypal Studies program. Prior to this she was the curator of the Joseph Campbell, James Hillman, and Marija Gimbutas manuscript collections at Opus Archives and Research Center.

Rossi edited Joseph Campbell’s Goddesses: Mysteries of the Feminine Divine (2013), and co-edited Jung on Astrology (2017). She has published articles in Jungian, archetypal, and astrological journals and lectures across the US as well as in Europe, South America and Australia. Rossi is also an archetypal psychological astrologer. She lives near San Luis Obispo, California with her husband. More about her work can be found on her website — www.thearchetypaleye.com 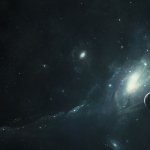 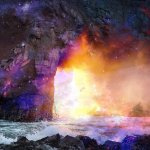