Tikkun refers to the Kabbalistic mythology associated with the Sephiroth, vessels created to contain the energies emanating from the divine (En-Sof). Those vessels were unable to contain those energies and were shattered by their force. The broken shards fall in a shower of sparks into the dark abyss where they are captured by the Archons, demons of the deep. The shattering of the vessels is called Shevirah, and the job of reconstruction Tikkun. The sparks of light trapped in the abyss of the material world represent our souls, trapped in the body. It is our task to put the broken pieces back together in order to create new vessels that can contain the original energies of the divine. Hence, these essays can be seen as containers of the shattered sparks of inspiration that illuminate the literature and the arts which they celebrate. Hence, I dedicate this volume to those creative men and women who composed works of art capable of containing those archetypal energies.

Evans Lansing Smith is Chair and Core Faculty of the Mythological Studies Program at the Pacifica Graduate Institute, in Santa Barbara, CA. In the 1970s, he traveled with Joseph Campbell on mythological study tours of Northern France, Egypt, and Kenya. He has taught at colleges in Switzerland, Maryland, Texas, and California. He is the recipient of awards for distinguished teaching and publication from Midwestern State University in Texas, and the Pacifica Graduate Institute in California, and he was nominated for the International Writer of the Year by the International Biography Centre (Cambridge, England). His Ph.D. in literature is from The Claremont Graduate School, and he has an M.A. in Creative Writing from Antioch International (London and Dublin), and a B.A. in English from Williams College. He is the author of a novel, two books of poetry, plus eleven books and numerous articles on comparative literature and mythology. He has given presentations for the C.G. Jung Institutes in Küsnacht and New York City, the Seattle Friends of Jung, the Modern Language Association, the American Association for the Study of Popular Culture, the Study of Myth Conference at Pacifica Graduate Institute, the Ojai Writer’s Conference, and the Casa dei Pesci at Circeo San Felice, in Italy. His edited volume of Joseph Campbell’s writings and lectures on the Grail Romances was published in 2015, and his edition of the Selected Correspondence of Joseph Campbell in 2019. He has also led mythological study tours focusing on the Grail Romances in England and France. The current volume brings together essays and reflections on the complex interrelationships between literature, film, art, mythology, and life gathered over the course of a forty-year career, so greatly enriched by the simple but now endangered activities of reading, writing, and teaching. 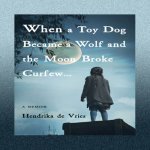 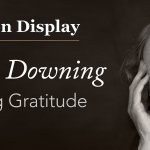