After active discussion and with due deliberation, the Academic Senate of Pacifica Graduate Institute voted at its Fall 2019 general meeting to endorse the Open Letter from a Group of Jungians on the Question of Jung’s Writings on the Theories of ‘Africans’, that was published by the British Journal of Psychotherapy in regard to Jung’s language and theories about Africanist people. We do this for the purposes of encouraging rich and engaged discussion, while acknowledging that there have been varying perspectives in past and current dialogues around Jung’s intentions and the historical context in which his works were written. Depth psychologists embrace the capacity for critical thinking, authentic engagement, inclusivity, and genuine care, including when working with racial and cultural biases. We support diversity and intend to bring a 21st century awareness and transparency into all of our endeavors in the field of Depth Psychology and at Pacifica Graduate Institute.

Thirty years ago, the British Journal of Psychotherapy published a paper by Dr Farhad Dalal entitled ‘Jung: A racist’ (Dalal, 1988). Regrettably, no adequate acknowledgement or apology for what Jung wrote, and Dalal critiqued, has been forthcoming from the field of analytical psychology and Jungian analysis. (To contextualize what follows, the Abstract to Dalal’s paper has been placed in an Appendix to this letter.)

We write now as a group of individuals – Jungian analysts, clinicians, and academicsutilizing concepts from analytical psychology – to end the silence. We felt further encouraged to write to the BJP in particular because of the Journal’s strapline making clear its interest in ‘Jungian practice today’.

Via detailed scholarship, Dalal sets out what Jung wrote about persons of African and South Asian Indian heritage, as well as other populations of colour, and Indigenous peoples. Before and since the paper, Jung’ s views have caused considerable disquiet and often anger within the communities concerned. There has also been disquiet and anger about Jung’ s views in clinical, academic and cultural circles generally. Analytical psychologists and other Jungians have known about the implications of Jung’ s ideas for decades; there are signatories to this Letter who have campaigned for recognition of the problems. But there has been a failure to address them responsibly, seriously and in public.

We share the concern that Jung’s colonial and racist ideas – sometimes explicit and sometimes implied – have led to inner harm (for example, internalized inferiority for the groups, communities and individuals mentioned in the previous paragraph. Moreover, in the opinion of the signatories to this letter, these ideas have also led to aspects of de facto institutional and structural racism being present in Jungian organizations.

The intellectual and cultural environment of late nineteenth and early twentieth century psychology promoted many colonial and racist attitudes. Jung’s largely uncritical embrace of these attitudes led him to conclude that he was justified in constructing a hierarchy in which people of African heritage were alleged to ‘lack a layer’ of ‘mind’ that white Europeans possessed, and thus were ‘primitive’ in their emotional and psychological functioning. In addition, he also failed to listen to warnings from within his circle that his views were problematic.

We doubt that any contemporary clinicians and academics in the Jungian and post-Jungian community would endorse these ideas now, but the absence of an open distancing from Jung on these questions has allowed for some implicit biases in Jung’ s work to remain perpetuated: unexamined and unchallenged. For example, the use of skin colour as symbolic of both ‘ race’  and certain psychological traits. Failure to acknowledge and apologize for these offensive attitudes, and ethos of people who, like us, currently participate in Jungian and post-Jungian communities that support and value diversity, gender equality, social justice, political activism, and respect for differences in populations, cultures, religions, and sexual orientations. Some of the publications in these areas are listed at the end of the Letter.

We want, moreover, to recruit more students, clinicians and scholars of colour to study, train, conduct research, and contribute to analytical psychology, developing and actualizing a more refined attitude towards human differences than the one we have inherited, or may now have.

And so, our statements here are not so much to chastise Jung as to take responsibility ourselves for the harm that has ensued in these 30 years in which little has been done to rectify Jung’ s errors.

We deeply regret our role in having taken so long to issue a statement like this. We realize that it has been extremely difficult for persons of African descent, and other populations that have been similarly maligned, to contemplate entering either people of colour are underrepresented in the psychotherapies generally, the social data suggest that, where comparisons can and have been made, the problem is even more marked within the Jungian clinical communities.

In light of this, we call on all involved in analytical psychology, including ourselves, to accept and insist on new obligations: to accept responsibility for correcting and changing theories that harm people of colour, to apologize for actual harm and discrimination, and to fi nd new ways to keep analytical psychology engaged with communities and colleagues of colour. We call on all involved in Jungian training, treatment and scholarship, to increase attention in their programmes to in-depth study of clinical, social and cultural matters that relate to bias, prejudice, diversity, and transcultural or intercultural perspectives and knowledge.

We recognize that, collectively, to reach these goals will require engagement in dialogue, reflection, and change within our Jungian communities. We hope our colleagues, throughout the Jungian world recognize and welcome our good intentions. We also seek conversations with individuals and institutions who are prepared to assist us in our efforts to make the changes that are now necessary. 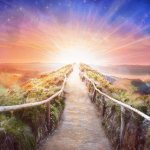 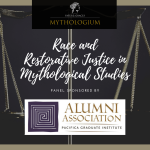