PANTHEON OF PARADOXES: ARCHETYPAL IMAGERY IN THE ANCIENT EGYPTIAN PANTHEON

PRESENTED BY JACQUELINE THURSTON, MA and sponsored by
The C.G. Jung Institute of San Francisco

Jacqueline Thurston will address themes such as “Ferocity and the Feminine,” “Birth of the Sun,” and “Eros and the Sacred,” featured in her book, Sacred Deities of Ancient Egypt. Using original photographs of images of ancient Egyptian gods and goddesses, she will explore the archetypal nature of the divine feminine and masculine, with attention to the presence of dualities contained within a single deity and paradox in the relationships between deities. Why was the moon, often viewed as feminine, represented by Thoth; a masculine deity? We live in a contemporary cultural vortex — we crave clear, decisive answers to complex questions about the nature of gender and identity, which makes exploration of the attributes of both feminine and masculine deities in the ancient Egyptian pantheon intriguing, informative, and relevant.

JACQUELINE THURSTON, MA, is Professor Emerita in the School of Art and Design at San Jose State University. She is twice the recipient of a National Endowment for the Arts Photography Fellowship and was a Fulbright Scholar to Egypt. Her photographs are in major national and international museum collections; including the San Francisco Museum of Modern Art, the Library of Congress, the International Museum of Photography, and the Bibliotheca Alexandrina, Egypt. 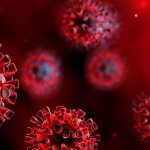