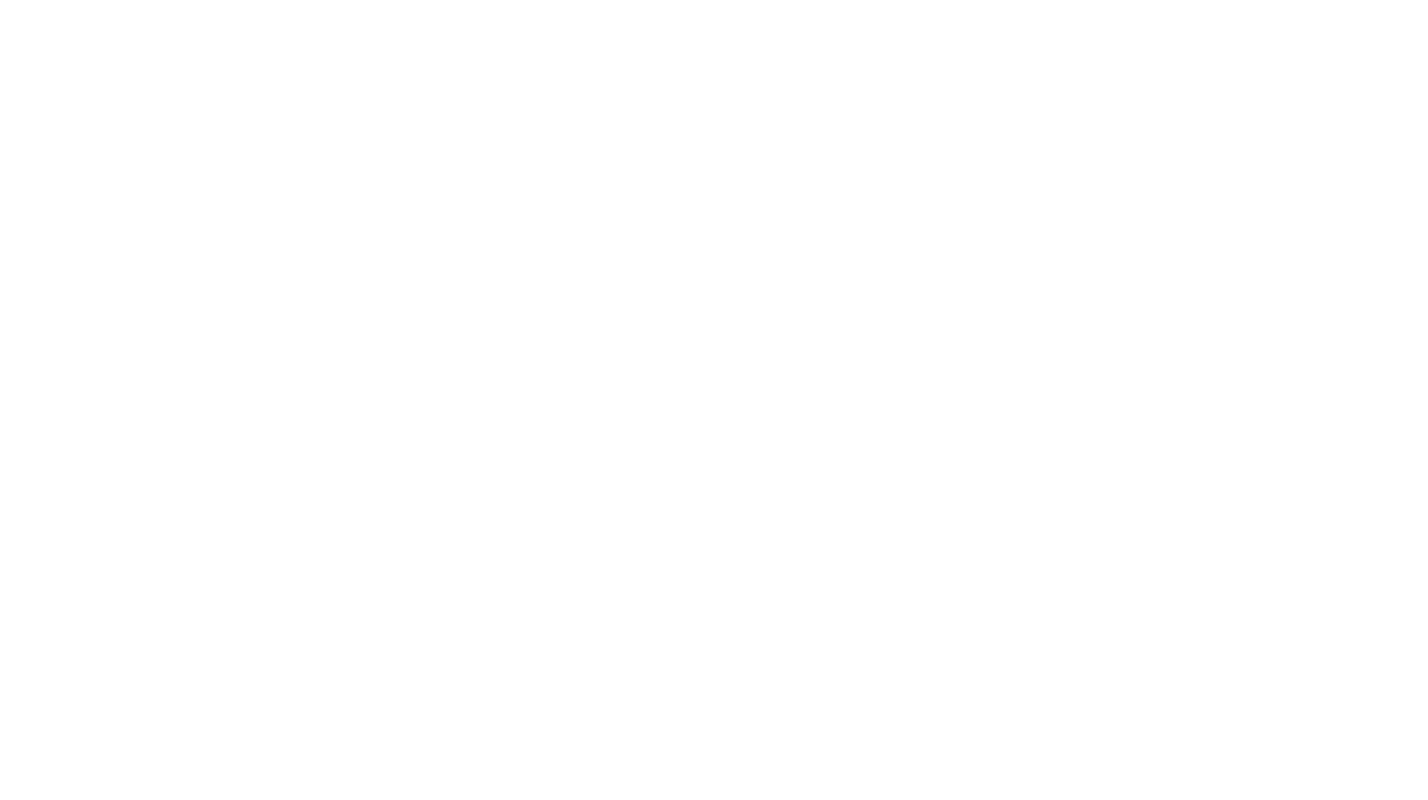 Music is often talked about as a form of therapy—after all a DJ can, as Indeep told us, save a life from a broken heart. It’s also often said that making music is like visiting a shrink; Ed Sheeran, in fact, just this month called songwriting “a form of therapy.” Yet in the public’s mind, musicians are more bound up with the notion of emotional pain than with emotional health. Perhaps that’s because songs excel at expressing internal conflict, or perhaps that’s because musicians do, according to some studies, face higher rates of depression.

The cultural image of the tortured musician is surely part of the reason Viceland’s new show The Therapist exists. In it, the Los Angeles therapist Siri Sat Nam Singh sits one-on-one with musicians for 22-minute episodes consisting almost entirely of conversation, interspersed with only brief bits of news footage or music videos. The result is an odd and oddly compelling entry into the dubious emerging genre of televised therapy. Watching, you’re reminded that no person—troubled recording artist or otherwise—is just an archetype. But you’re also reminded of the awkwardness and possible payoff of therapy that is, on some level, trying to help individuals by placing their troubles into archetypes.

The subjects thus far are not megafamous pop stars but rather subculture stalwarts and up-and-comers. Rappers Freddie Gibbs, Young M.A., Waka Flocka, and D.R.A.M., the metal singer Corey Taylor of Slipknot, and the indie rocker Nathan Williams of Wavves are on the slate for the first few episodes. Each has a particular trauma or web of traumas to address. Gibbs was recently acquitted of much-publicized rape allegations in Europe. Young M.A. and Waka Flocka have lost siblings in terrible circumstances. Taylor also suffered the 2010 death of Slipknot’s bassist Paul Gray, though he spends more screen time in his upcoming episode addressing a turbulent childhood during which he says he was raped by a neighbor.

One might assume Vice would line up a performatively down therapist: slang-wielding, dressing like clients, asserting his cred in the same manner that earned Vice a satirical Onion show called Edge. But Singh isn’t quite that. Drawing from what his website terms “Eastern spiritual philosophies” and wearing tan on tan in the first episode, he delivers his particular brand of psychojargon with wizened patience and humility. Singh seems nothing if not earnest, and though he’s apparently worked with a diverse range of at-risk clients, a hint of culture clash in the sessions adds an interesting frisson: It’s hard to imagine Singh listening to “Hard in Da Paint” or “People = Shit” in his free time. Indeed, he responds with nervous laughter and a polite “okay” when his subjects use profanity or, in the case of Freddie Gibbs, pantomimes the cooking of dope.

But Singh does get these musicians talking. At its best The Therapist feels journalistic, like a straightforward interview show (Viceland says the shoots were not heavily “produced” and that just subject, therapist, and cameraperson were in the room). Most notable for pure testimony is Gibbs’s episode. The Indiana rapper hasn’t talked much in public about his saga of being falsely accused of rape, but now narrates his side of things—from the night of the alleged incident at an Austrian hotel in 2015 to the 2016 trial during which DNA evidence helped exonerate him (he’s also described this story to XXL). It’s a riveting and sad tale that clearly left Gibbs scarred, and he and Singh connect over its stark racial implications. “I think I was definitely on trial for having sex with a white girl,” Gibbs says. Singh’s quick reply: “Yes you were.”

Gibbs’s story is notable enough to warrant a full documentary on it, but the rapper and the therapist eventually move from the facts to their psychic aftereffects. Gibbs talks about his anger and says that he’s thinking of quitting rap: “If I could fade to black, I could be fine with that.” Singh’s response mostly is to listen, and to label. “This is depression,” he says, frankly. At one point, he telescopes out and places Gibbs’s harrowing mid-30s in the context of Yogi Bhajan’s teaching about life phases, saying that every seven years a person’s “consciousness” changes, every 11 years their “intelligence” changes, and every 18 years their “whole life” changes. I’ll admit I arched an eyebrow—I don’t think they teach this stuff in psychotherapy school. But there’s no point second-guessing when Gibbs replies “definitely” to Singh asking, “Am I making any sense to you?”

In the end, Singh’s approach often does seem to produce the therapeutic effect of comfort by imposing an orderly framework onto the messiness of life. This is, not incidentally, also one of religion’s primary roles, bringing to mind a lecture title mentioned on Singh’s website: “Therapist, the Intended Spiritual Teacher of the West.” Breathing exercises and mantras are also part of Singh’s offerings, and at the end of each episode, the subject draws a random slip of paper out of a bowl and reads the word on it. Inevitably, they find an uncanny resonance between what they read and what they’ve been going through. Young M.A., who spends most of her upcoming episode seeming at peace with being gay and talking about how she’s become a better person since her brother’s death, draws—spoiler alert—“harmony.”

That musicians—cool musicians, influential musicians, all of whom have maintained a persona of hardness in the public eye—are being asked to give themselves over to New-Age-y dialogue makes for the show’s strange tension. Taboos about discussing mental health, especially among black people and men, also add an edge. Though there’s no outward hostility, the subjects do play cagey at times—Freddie Gibbs forthrightly says that he wouldn’t have opened up the way he did if Singh weren’t black. But in the end, these artists do talk, perhaps because they are at base talking about their art: “When I rap,” Waka Flocka tells Singh, “… it’s all childhood anger.”

Critiques of shows like Couples Therapy have piled up because therapy conducted on TV is an inherently compromised endeavor: There’s no patient-client confidentiality, and the presence of cameras necessarily affects how people act. The Therapist fundamentally cannot overcome these problems, but it does seem to want to avoid tawdriness and overt sentimentality (though your mileage may vary regarding the ringing sound used for dramatic effect by the editors, apparently drawn from Singh’s own striking of a gong bowl in sessions). Weekly TV’s imperative for narrative resolution would seem to force artificial epiphanies, and indeed the shape of each episode is roughly a journey from taciturn to teary. But Singh seems okay ending some episodes by simply announcing mild progress and saying goodbye.

For a glimpse of how this alternately electrifying and uncomfortable project began, there’s the Vice special YG and the Therapist from 2016, which features Singh but predates the official run of the new Viceland show. In it, the rapper YG seeks counseling after being shot by an unknown attacker at the recording studio. On camera, YG is laconic and squirmy, and he brings a glass of tequila to one session, leading him to admit that he might be an alcoholic. Singh’s first response is to advise that boozing is really “a call for spirits” and that meditation or yoga might help. But then he turns to the age-old trope underlying the show, this time in hopes of scaring his subject straight. “We don’t want to get into that tradition of other great artists,” he tells YG, “who drown themselves.” 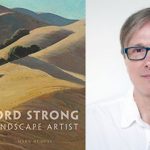 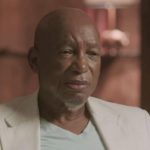