The Pacifica Papers: Essays on Pop Culture, Mythology, and Flatulence

Hollywood screenwriter and television producer Craig Titley (Marvel’s Agents of S.H.I.E.L.D., Scooby-Doo, Cheaper by the Dozen, Percy Jackson & the Olympians: The Lightning Thief, Star Wars: The Clone Wars) has, for the first time, put together a collection of 24 essays written as part of his Phd program in Mythological Studies. These essays on pop culture and mythology contain his thought-provoking and often amusing reflections on topics such as: The Matrix, Close Encounters of the Third Kind, Barton Fink and writing for Hollywood, Kung Fu cinema, Joseph Campbell, farting tricksters, zombies, comedy, fairy tales, screenwriting… and a complete Jungian analysis of Scooby-Doo. If you’re interested in diving into the deep end of pop culture and mythology then Titley’s unique perspective as a Hollywood screenwriter, television producer, mythologist, and self-described Trickster may be just what the doctor ordered. 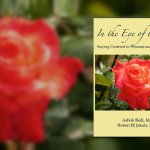 In the Eye of the Storm: Staying Centered in Personal and Collective CrisesAlumni in Action, Books, Voices 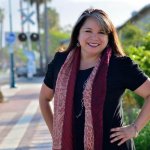