The rooms of the old school turned memorial at Murambi Memorial Centre in Rwanda were filled with the bones of Rwandan Genocide victims. Lorraine Warren walked through the sites, taking in the scenes.

But one room looked different. The bones, preserved with lime, were smaller.

They were the remains of babies.

The Tallahassee woman fell to her knees. Two elderly Rwandan women rushed to help her up. They wiped her tears with sheets from a roll of toilet paper.

“It was almost like the bones were speaking to me,” said Warren, a Tallahassee resident and former Florida State employee. She returned to the Central East African country for her psychology dissertation, “Message in the Bones: Survivor Leaders of Genocide Against the Tutsi, 1994.”

Warren sat pensive under a tree in the Murambi school courtyard. A thought came to her: “What is the message in the bones?”

And then a reply — “It’s the little genocides that we commit every day that leads to the big genocides.”

“I have asked myself: What is the work of my hand? Why have I come here? How do I commit little genocides each day through my words, thoughts, or actions?” she wrote in a 2010 essay.

An estimated 800,000 to one million of Rwanda’s Tutsis were killed during the genocide between April and July 1994 at the height of the conflict between the Tutsi and Hutu peoples. July is a month commemorating the end of the killings, with the Fourth of July being Liberation Day, a public holiday in remembrance of the end of the genocide when a ceasefire was declared.

Warren interviewed dozens of survivors, rescuers and perpetrators in the killings for her 2017 dissertation from Pacifica Graduate Institute in Santa Barbara, California, where she received her Ph.D. in depth psychology with a focus on community psychology.

Focusing on survivors, her research delved into “how healing can be facilitated through talking about experiences, service, forgiveness, and education about genocide,” shedding light on “the profound ways in which survivors were impacted by their experience of genocide and how they were led to their calling or work.”

She met people at memorial sites, schools, offices, restaurants. She listened as they pointed vaguely at mass graves, saying their mother or family was buried there. They didn’t know where.

“They requested me to share their stories,” Warren, 57, said, “so it (the genocide) doesn’t happen again.”

Her research explored how “survivor leaders” rose through the ashes of the turmoil that wreaked havoc on their people — those who assumed roles like managing memorial sites, running youth empowerment organizations working vulnerable populations such as orphans and elders. Those who started schools, community centers.

There was the story of the gangster turned rescuer, who said he overheard Hutu killers talking about a baby they abandoned on an ant hill. He found her, rescued her — and raised her, Warren said. There was the survivor who watched her mother raped and murdered. And another who told her, “I was small enough to hide and old enough to remember.”

There were killers who told her they were threatened: If they didn’t kill, their own families would die.

“Everything that was sacred,” Warren said, “was violated.”

For more than 20 years, the psychology scholar has led conflict resolution and peace-building dialogues, training sessions, retreats, camps and workshops for youth and adults, traveling to dozens of countries.

She’s been working with Legacy International, a peace-building and leadership training organization, since 1996, facilitating programs for children from many countries such as Yemen and Iraq as well as U.S. children and those from Native American reservations.

Vice president of Youth Initiatives Mary Helmig has worked alongside Warren and been with Legacy for three decades. She spoke about the value of these workshops.

“Young people are usually at the forefront in feeling the division in our societies and the lack of cohesion,” she said.

The workshops help them go from hopeless situations, Helmig said, from the “extreme violence that they were experiencing to having a sense of their place in the world and creating a future out of that violence.”

It was those people who Warren wrote about while doing her Ph.D.

“I have so much profound respect for them,” Warren said, recalling Rwandan survivors who, years after the genocide, started to live next to those who had killed their family members.

We are obliged to live as neighbors because if we keep holding on, it will never shift, one person told her. It will never improve. 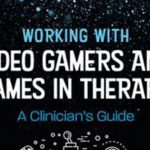 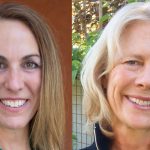