Reaction to John McCain’s dramatic last minute vote on the Senate healthcare bill suggests that our national imagination is still in thrall to the white male hero myth. But this is a false and limited narrative, one that slams the door on the diversity of leadership needed to renew our institutions and democracy in the 21st century.

Odysseus, the brave warrior, hero and victor in the Trojan War, takes 10 years to return home to Ithaca. His journey is fraught with detours and perils, many of his own making, but only one person can take credit for getting him home – Athena. In The Odyssey, Athena, friend of the hero, works behind the scenes, frequently in disguise, never calling attention to herself, yet she drives the action. Without Athena, Odysseus does not get home to Ithaca or Penelope with his hard-earned wisdom. Perseus, brash slayer of Medusa, severs her head in an attempt to save his mother, Danaë, from an ill-advised marriage. Who teaches Perseus how to slay the Gorgon, using his shield to deflect her gaze and the cap of invisibility to slip the grasp of her enraged sisters? Athena – in some versions of the myth, she actually guides his hand – with an able assist from Hermes. In The Glory of Hera, sociologist and writer Philip Slater asks of Perseus, “has there ever been so helpless and dependent a hero?”

Fast forward to the present.

Many pundits, male and female, have written about the heroism and maverick-ness of John McCain, riding in on his white horse in the 11th hour with a dramatic ‘no’ vote that helped slay poorly-conceived healthcare legislation that he enabled by first voting yes on a procedural motion to proceed with the debate. I’m grateful to Senator McCain for helping to kill this legislation. Was this heroic? Perhaps. But the real heroes in my opinion were the women. Susan Collins and Lisa Murkowski have taken a consistent, persistent and principled stand against legislation that would negatively impact millions of Americans, exhibiting courage and a moral backbone that’s been sadly lacking in many of their Republican counterparts. They’ve done this without calling undue attention to themselves or participating in dramatic stagecraft, all the while maintaining their dignity and remaining civil. Never once backing down in the face of threats, insults, and bullying, including tweets from the President and, in Senator Murkowski’s case, overt threats from the Interior Secretary, Ryan Zinke. Senator Collins has been instrumental in reaching across the aisle to form an informal bi-partisan group to address the weaknesses in the Affordable Care Act.

To paraphrase a line from the play Hamilton, “Women, they get the job done.”

When are we going to drop the old hero narratives that no longer serve in the 21st century, or open the door a crack to allow in other heroic images? The myth of the hero, at least our cultural attachment to archetypal images of dashing white males slaying the lion and plucking the damsel in distress from the train tracks, contributes to our culture’s failure of imagination when it comes to leadership. An imagination that can’t conceive of Susan Collins, a former insurance commissioner, participating on the Senate working committee for healthcare comprised of 13 white men, to say nothing of other minorities.

At a time when women represent more than 50% of the American population, why do we still represent less than 20% of the seats in Congress and 6% of executives in the C-suite? In part, because we’re still not comfortable imagining a woman in these roles. There may be many reasons we are not living under the first female-led Administration in US history, but among them is the belief that a man still more readily looks the part, even an unqualified man. In many ways, this past election was a battle over competing mythologies.

Senator McCain has demonstrated ample heroism in the past and sometimes he hasn’t. This is not to take away from him or any of the other brave men who stand on principle and fight for the greater good. This is to recognize that women have been doing this all along and it’s time that they take their rightful place at the table, to say nothing of the House and the Senate and the Corporate Suite. Odysseus, the seductive charmer and notorious liar, the man “of many turns” who spins fabulous tells and manipulates the truth to get back to Ithaca. Perseus, the brash young man impulsively rushing off to defend his mother’s honor. These are great tales of derring-do and bravado, but let’s look behind them to see who’s standing just outside of the frame driving the action.

Right now we need a lot less testosterone and bluster and a lot more empathy, communication, creativity and compassion. It’s time to let some other heroes have a seat at the table and take up their rightful place in our cultural imagination. We sure love our hero myths, don’t we? Perhaps it’s time to reframe. Cathy Diorio is an executive coach who helps women become full-throated leaders. She is a former PepsiCo executive who holds a PhD in Mythological Studies and Depth Psychology from Pacifica Graduate Institute. Her dissertation, The Silent Scream of Medusa, explores the sacrifice of authentic voice in powerful women. 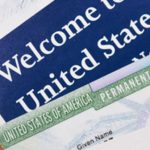 Holding the Tension: One Woman’s Journey from Immigrant to TherapistAlumni in Action, Immigration, Special Topics 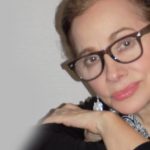