Shelter in Place
~
“Shelter in place:” a comforting as well as chilling phrase in this bewildering time.  The idea that we can find shelter where we are – comforting!  The idea that we need to seek shelter – chilling.  People hear and read these words in diverse places these days – in a movie about the Boston Marathon bombing, on news reports from locations embroiled in vicious conflict, streaming over the internet into presumably happy homes and safe suburbs when violence breaks out at a local nightclub, or school, or church, or mosque.

What should citizens do in tumultuous, uncertain times?  Live carefully?  Tread lightly?  Pad every action or verb with delicate adverbs?  How do we live out loud and at the same time stay safe?  Is safety truly paramount?  Our miraculous world of connectivity and its billowing information flow present us with technicolor, full-surround sound opportunities to bathe in fear, conflict, anger. What actions do we take in the face of these emotions?  Vociferous declarations one way or the other provide a venting of sorts.  Occasionally the clamor conveys useful information, but adamant expressions do not automatically equal factual communication.

At a recent alumni gathering at Pacifica Graduate Institute in Santa Barbara, California, redoubtable author and psychologist Dr. Aaron Kipnis spoke about the physical attributes of what popular science calls black holes – those gravitational wells which theoretical physicist Albert Einstein predicted in 1916 and astronomers confirmed in 1971.  Dr. Kipnis noted that these gravitational wells can only be identified when observers discern the edges at which matter and light disappear into the wells: what physicists and astronomers call the event horizon.  Personalities and happenings can also feel like gravitational wells, according to Dr. Kipnis.  When one’s personality or actions become consumed by someone else’s personality or actions, one may be in the vicinity of an event horizon.  Imagine someone whose every interaction drains energy and resources from the people around him or her.  Recall a tragic world event or an appalling political occurrence over which one has little to no individual control.  These event horizons require mindboggling resources to ameliorate or influence: more energy than most independent persons or nation-states possess.  In other words, there are people and problems that can take, and take, and take some more.

Upon detection, a spaceship or satellite on course to intercept a black hole will adjust its course to stay clear of the event horizon; otherwise it will disappear into that vast gravitational well, never to appear again, all its energies and talents lost into the interior, with no observable result.  How disheartening!  Instead, the capsule or satellite directs its energies and resources in a different direction – a direction that allows the capsule and all its inhabitants to survive, thrive, and achieve results.  People can sense event horizons in life, also.  Dr. Kipnis suggests two actions to take when one discerns an event horizon: 1) stay away from the edges of the event horizon and 2) create as much life as possible at a distance from the toxic person, place, event:  write, sing, dance, laugh, serve others, care, love, attend.

The phrases “Follow your bliss,” “Place the oxygen mask on yourself first,” and others appear frequently in popular culture but don’t address the gravity (pun intended) of living around a black hole.  Minding one’s own business, sheltering in place, won’t really keep one safe from a black hole in one’s life.  However, what makes a person glow inside?  What lights one’s fire of enthusiasm, makes one break out in laughter or dance or spontaneous hugs?  To survive a gravitational well, we must thrive: we must self-kindle our own interests and energies, radiate love to the people and places that buoy us, deploy kindness and generosity in reciprocal streams.  Spread the word, heed the call:  glow in place. 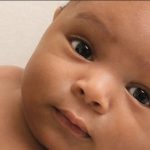 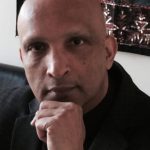 Reducing Stigma of Mental Illness among Boys and Men in Asian Communities in Canada: An Innovative and Comprehensive Intervention by Rodrick Lal, MA Counseling 2008Alumni in Action