Aaron Kipnis, Ph.D. | Core Faculty, Pacifica Graduate Institute
| originally posted on 22 Mar 2012
•|•|•|•
In early 17th century Latin, the terms alumnus and alumna literally mean “the nurtured.” The words have their origin in alere, which means, “to bring up,” “nurture” and also “foster son” or “pupil.” Originally students of a so-called alumnat, a boarding school, were called alumnae/alumni. Today, the term refers to the graduates of a university or a similar educational institution.

The words alumnus and alumna both preserve their Latin plurals. Alumnus is a masculine noun, whose plural is alumni and alumna is a feminine noun, whose plural is alumnae. Today, it is most common for co-ed institutions like Pacifica to use the word alumni for graduates of both sexes. Alumni, is often incorrectly used as a singular form for both genders. So we say, “I am an alumnus (male) or alumna (female) of Pacifica,” and as a community we are alumni. Or, if we wish to be gender neutral, simply Graduates.

In Latin literature, the term alumnus is used frequently to indicate someone, “who is nourished by a person who is not a natural parent.” In more ancient times, the word referred to abandoned children, who would often be sheltered and raised by foster parents. Now the word extends to persons who receive intellectual nourishment, outside the familiar sphere. Thus we could say we are the now grown foster children who received shelter and nourishment from Pacifica.

The Indo-European root al means “grow/nourish” and in Greek “to get well.” In old English al becomes ald/old from which arises “older/elder.” From the Latin Altas comes, “high,” “grown tall” and “deep.” Al brings forth words like, alimony (which originally meant nourishment) and Alma Mater, which means “nourishing mother.” This was the ancient Roman title for various mother goddesses, especially Ceres or Cybele. From Greece we know her as Demeter, and in Christianity as the Virgin Mary. Alma Mater Studiorum (Nourishing Mother of Studies) is the motto of the oldest continually operating university in the world, the University of Bologna.

Thus, we alumni are also the elder children of the Great Nourishing Mother who is honored both in our studies at Pacifica and in the institute’s enduring core values.
•|• 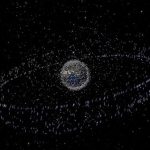 Opening to the animae mundiFaculty Voices

On Elsner, Kipnis, Watkins, and Our AlumniFaculty Voices, News & Announcements