On November 9, 2016, the United States of America awoke to the realization that our next president would be Donald Trump, and this news changed me. I suddenly saw the world from an altered perspective, one that I am still trying to make sense of. Here in my Southern California bubble, one that I did not know existed pre-election, I never thought that I would view the world from a frightened and activated place. As a psychotherapist, I am struggling to hold the tension between my own existential fears and those of my clients. For the two weeks following the election outcome, I have sat in session after session holding space for individuals coming to therapy to sort out their fears, anger, and bewilderment. As a psychologist specializing in trauma, I have always had the ability to contain my client’s experiences as they process them, assisting them in the liminal space between contraction and expansion, no matter how difficult to hear and hold. At times, their experiences have struck a common chord in me, and I am careful to process this within myself in order to remain clear and unfettered. This socio-political experience, however, has been a challenge for me, as I sit in my own fear for the future of our country, my friends, my children and the world they will have to make sense of may dishonor them physically, psychically, and spiritually.

I had no idea that we were happily nesting and tending to our lives on the back of a hateful, vengeful, and insidious sleeping monstrosity. It exemplifies to me, that despite my Jewish heritage, despite my training in my field and diversity awareness, I have been shielded by white privilege and have not been exposed to the realities of discrimination. It feels like a nightmare in which I am running from something terrifying, and my legs do not carry me, or that I am screaming and no sound emerges. I recently dreamed;

I let my beloved dogs out into the safety of my own backyard, only to have one disappear and the other come staggering towards me, assaulted and wounded. A strange dog-creature walks past me, completely indifferent to my presence or that it is intruding in my safe space. I hold my wounded dog and scream and scream, until I have no voice left.

I am reminded of accounts of the Holocaust when people voiced their fears of impending danger only to be met by complacency and trust that the government would never allow such horrific acts to unfold. I believe it is important to set aside political agenda, to not become lost in political party divisiveness as we begin to ask ourselves “What now?” Because what is unfolding is the emergence of a deep hatred for Other in a world where the underbelly of society feels entitled to creep into the light. I am sickened by the upsurge in hate crimes, racism, prejudice, and denigration of so many. I am disheartened and disgusted that on Thanksgiving, the indigenous Indians are fighting to save the water and their sacred land, and are being assaulted and harmed while news crews film and the world watches. How are we back in this place

So what now? When we become flooded with horrific news, day after day, the assault on our souls and psyches becomes numb. We become acclimated, indifferent, and complacent. We give up fighting the Hydra because every time we cut off the head, two more grow back in its place, and then what is the point in fighting it? I know from my clinical experience with trauma, as a Somatic Experiencing Practitioner that exposure therapy only appears to work in the short term, but the symptoms that seem to disappear tend to emerge in other ways. The trauma symptoms simply go underground, re-emerging in other forms or another time. Healing occurs through feeling, acknowledging, understanding and processing. When symptom is regarded as communication and the body is able to deliver a message, symptoms remit. The process is uncomfortable and painful, but powerful and effective. Healing cannot happen when an individual is in autonomic arousal; this simply creates primitive brain reactions, cycles of activation, and dissociation. If we allow ourselves to be flooded, we will react or dissociate, inspiring the fight-flight freeze-collapse cycle. When we are in a relaxed body, we can allow transformation and healing to happen. But everything in the body fights the ability to relax because it feels too vulnerable to danger. How does this translate to the trauma in the world today? I believe we need to approach this the same way trauma is resolved. The world is in a state of primitive, lizard-brained reaction. Nothing will be resolved this way. The world is suffering an inescapable socio-political trauma. We are reacting in autonomic responses; fighting, fleeing, freezing, and collapsing through complacently and looking away. It is imperative that we do not simply turn our heads and fall silent. When injustice or prejudice is witnessed, if we do not come forward and speak up, we are condoning. If enough of us stand up and speak up, we can hold the tide against hate.

I hope that we will rally and figure this out. What would the reactions of angry, hate-filled people have been if the political outcome had gone the way we thought and hoped it would? Perhaps the fallout and reactions would have only further deepened the chasm of hatred, bigotry and violence. Perhaps the outcome we have will create a soulful stirring and cause us to find different ways to achieve a world of love, change, and connection.

We hold the capacity to be many things; we can be peace, love, and change. We can be a small part of something so much bigger. We can lean up against other like-minded hearts, and surround ourselves with others who feel equally as lost, heartbroken and terrified, together moving towards love, acceptance, and healing. 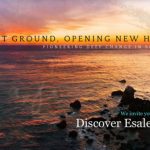 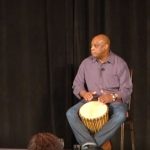