An intimate and sweeping portrayal of Václav Havel, this biography reveals the eccentricities, loves, and foibles of the man within a grand arc of history. It is a story of a talented artist who was born into one of the most prominent families in the country but who, from an early age, was cast by the communist takeover into an inferno and labelled as a “class enemy.” Like Dante, Havel traveled a dark road that ironically provided the hidden treasure he needed not only to reconnect not only to his own “ground of being,” but to the traditions of civic society.

This biography will interweave the stories of others whose lives intersected with his own. This includes Jan Patočka, the Czech Socrates, known for his legendary underground lectures, and Jiří Hájek, a high ranking member of the Central Committee of the Communist Party who turned against the government and became a mentor and colleague. Both of these men — one a fervent anti-communist, the other a former communist official — played a central role in helping Havel form a humanistic opposition to the government.

Published by University of Pittsburgh Press.

“Barton’s sprightly, readable overview of Havel’s life and work is especially incisive in thinking through Havel’s personality, particularly his shyness, self-doubt and depression and their impact on his sometimes reluctant, sometimes welcome embrace, of a live lived in public. Without judgment, Barton chronicles how Havel’s friendships and relationships molded him as a man and as a thinker.”—Michelle Woods, author of Translating Milan Kundera

“David Barton has written an expansive and informing portrait of Václav Havel. It is an engrossing read that captures the resilience and eloquence of a man who started as an artist, became a dissident, and eventually a statesman and great leader. The lessons here, restoring democratic ideals in a time of chaos, are more relevant and important now than ever.”—Governor Bill Richardson

“The number of books published on Havel, his life and legacy, is proof of his relevance. It also makes it hard to come up with a new angle in an approachable and readable form. David Barton has achieved that and gives [readers] all one needs to understand Havel’s [place in] Czech and Central Europe through their history and present. An important contribution for understanding Europe as it is now.” —Hynek Kmonicek, Ambassador to the United States

“I have just finished reading the book. I enjoyed every word of it. Although I know the story quite intimately, it is so refreshing to see that [Barton] calls a spade a spade.” —Jan Triska, Czech actor 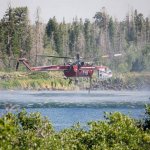 The Wisdom of the Source – Reaching out to the guidance of the Collective UnconsciousAlumni in Action, Essays & Poems, Voices 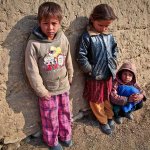 What Big Donors Can Do Now to Alleviate the Misery Caused by Covid-19Alumni in Action, Voices