Kwame Scruggs is the founder and director of programs and training for Alchemy, Inc., a non-profit organization in Akron, Ohio established in 2003. Alchemy creates a safe environment for the development of urban adolescent males through the telling, discussion and analysis of mythological stories and fairy tales. In 2012 Alchemy was one of 12 programs to receive the National Arts and Humanities Youth Program Award by the President’s Committee on the Arts and the Humanities—the nation’s highest honor for after-school and out-of-school programs. Alchemy was also the backdrop for the award-winning, feature-length documentary, “Finding the Gold Within.” The film, released in 2014, has been screened at both the Mill Valley Film Festival and Cleveland International Film Festival. 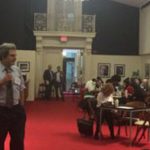 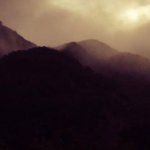