The Myth Salon emanated from the desire to create a setting and a program format to experience the substance of community that seems easy enough to find on campus but inevitably evaporates once I return home.

It has taken a team of us to work through the awkwardness of birthing this new group concept. I began by approaching a new friend and colleague, Dr. Will Linn, who is as collegial as he is energetic and wise beyond his years. Together, we talked through the program concept – identifying what the Myth Salon is and could become, as well as equally important, what it is not and what we want to avoid it becoming.
The Myth Salon is a group of largely LA-based Pacifica alumni who meet about once a month in the living room of my Santa Monica home to openly talk about ideas and deepen our perspectives about a particular concept. We originally decided that about ten people would be the right number to facilitate good interchange. Too many people would inhibit the openness we sought.

The living room of my home seems to really lend itself to offering a safe container for people to communicate openly. Will’s personality contributes to the Myth Salon’s success because he is a skilled moderator and facilitator. Moreover, he comes quite prepared for taking the concepts into several topic areas. Our goal is to provide an atmosphere of inclusion with an ever-deepening focus, allowing everybody to feel they have something to contribute. After a brief welcome and introduction, I generally sit towards the back or the side. I may interject a comment as a way of directing or focusing the conversation, but quite candidly, this has not been necessary, and I try to work on my listening and appreciation for what others have to say. We start promptly at 7pm and establish a cutoff time of 9pm – such that even when the conversational energy is running high, people leave feeling enthusiastic, looking forward to the next time.

It is also important to identify what the Myth Salon is not. First, it is not a party. The idea is to focus deeply upon a single topic for about two hours. If we connect the topic to another perspective, we practice the discipline of returning to the core idea. Second, this is not therapy or a venue for dispensing or receiving advice, or moving into extended personal stories. Third, while we do not necessarily adhere to the technique of using a talking stick or other such device to center the conversation on one speaker at a time, we practice listening to one another and waiting until it is appropriate to enter the conversation. I must say, we are really improving our skill in doing this.

The Myth Salon began with Will and me nurturing the conversational space among the small group who showed up the first time. Our first session was held just prior to the Presidential Election, and the idea was to work myths, archetypes and depth psychology into our analysis and inquiry. Quite frankly, I thought we were picking an easy topic that would simply launch the Myth Salon program concept. The second Myth Salon was scheduled to take place just following the election. Needless to say, we were as surprised as everyone else in the country about the outcome. However, this provided more than ample opportunity for us to examine our projections, pre-conceived notions and expectations. Each of the first two Myth Salons more than fulfilled the potential of the program concept and reinforced that we had succeeded in creating a venue for the community of Pacifica alumni to feel that special spirit that for the most part seems reserved to the exchanges that take place in classes, conferences and on the campuses.

For our future Myth Salons, as we were becoming more ambitious, we found it necessary to approach outside scholars – people who could prove to be as facile in their subject matter as they were in creating and sustaining an open interchange among the Salon participants that had become our core value. We wanted people to come into our group who knew much more about the subject than we did. Yet, we did not want the Myth Salon to become a class or a lecture. And, this took some work to locate the right kinds of people to come visit us. We also were committed to producing the Myth Salon without charging admission or paying speakers to come. I had originally planned to charge a small fee in order to provide Will with an honorarium – which he deserves. But, he graciously declined.

Moving along to our next Myth Salons, it is no secret that the Middle East endures as a hotbed of global contention and it has done so for at least the last 20 years because of wars, and perhaps for the last 60 years because of corporate oil involvement in the Middle East. As I write this, the Middle East is likely to become the centerpiece of the Trump Administration’s foreign policy – although there are competing concerns elsewhere in the world that could displace the Middle East as our nation’s primary concern. That said, our third and fourth Myth Salons were conceived about “Making Sense of the Middle East.” My good friend and faculty colleague, Dr. Zaman Stanizai, spent the evening with us – facilitating discussion about the history of religious and political differences that characterizes the region. We talked about tribes and geography. We talked about Islam and the Jews. We talked about oil and war.

At the end of Zaman’s evening, we immediately began to turn toward the obverse side of the Middle East coin – Israel and the non-Muslim populations who inhabit (and in many cases, determine) the geo-political realities that govern how people in the Middle East engage one another. One huge piece is the Israel-Palestine situation. We were visited by Ms. Estee Chandler – producer of the radio show, Middle East in Focus and founder of Jewish Voice for Peace. With her, we explored the myths and political priorities that influence US-Israel foreign policy, the history of Israel and Palestine, and the Jewish settlements that have become a magnet of concern.

Both Myth Salons continued to energize our participation in the ongoing project of cultivating and sustaining a container for open interchange and substantive communication about timely issues. At this point, it is more than appropriate to acknowledge the skill and support of Courtney Shore and Dianne Travis-Teague, as well as others in the Alumni Outreach Department, who have validated the work that Will and I are doing to bring forth the Myth Salon on a monthly basis. They have provided us with graphics, email support and website placement and design. We look like a class act because they have dressed us up to look like professionals. In the process, my own outreach email list has grown to about 30 people and on any given Myth Salon night, we can expect about 10-15 people to attend, although as the email list grows, the number of people attending is also growing.

Our most recent Myth Salon explored Artificial Intelligence. Using the documentary film, Lo and Behold by Werner Herzog, as a starting point, it is easy to see how technology continues to weave its way into the structure and essence of modern culture. From the tweets of Donald Trump to implanted devices that provide new life to injured and disabled people, human time and space bear the imprint of technology. The world we have made for ourselves in the thousands of years humans have evolved now makes us who we are. For this Myth Salon, we were fortunate to have Dr. Glen Slater with us. A scholar who needs no introduction when it comes to psyche, technology and nature, Glen blended his own captivating narrative with Will’s probing questions to yield our finest Myth Salon to date.

We are now in the process of forming a topic list for future Myth Salons – topics which will include consciousness, the Red Book, myths and movies, and the animal nature of the human psyche. We invite new topics and ideas, particularly those that are filled with archetypal substance.

Looking to share our experience with others, it takes a bit of diligence to find the right venue and team of program coordinators, but the payoff for the community can be massive. Many people in the Los Angeles area know that my wife and I have hosted numerous large-scale gatherings in our back yard during the summer. They say that the salmon I barbecue is quite good – I’m not really sure it’s as good as they say it is, but the strokes feel wonderful and people continue to come when the weather is warm and Pacifica wants a good garden to fertilize the soil of her community. The Myth Salon, however, is something altogether different – much smaller, more intimate and deeply substantive. It is an idea that could be launched anywhere – and need not be limited to the Pacifica community, although it has been my experience that – small or large – a Pacifica crowd becomes a certain special something.

As I see it, the keys to making the Myth Salon program concept viable are openness, trust, respect for inquiry, and patience with one another. The intellect and concepts, the quality of the program content, will take care of themselves. It is far more important to cultivate the right cauldron for human interchange and soul than it is to seek out the light of the brightest bulbs. We have some amazingly smart people in our community and I love listening to them. However, we also are gifted with some very quiet people who have just as much to say – even if they are not infused with extravert genes and a talkative nature. Just as the human psyche is patronized by a wide range of personality archetypes, so the broader community is constituted by people whose strengths, skills, backgrounds and interests produce a rich complexity that mirrors the sort of community many of us experience when we find ourselves on the campuses at Pacifica.

This is the spirit we seek to infuse into each Myth Salon. 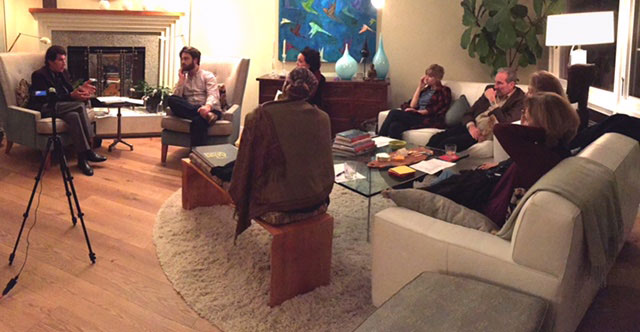 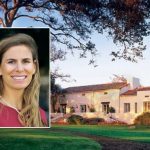 Navigating the Road to Licensure with Cathy AtkinsEvents 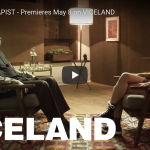