Craig Titley can sometimes be seen taking his Marvel superheroes lunch box to work.
For a grown man, that might seem a bit unusual.
But for a writer and producer of a television show based on Marvel Comics, it’s just a typical day at the office.

Throughout his life, the Mattoon native has held onto his love of superheroes.

“I’ve always loved superheroes and still do,” said the self-proclaimed “dreamer” who may have landed his dream job as a consulting producer and writer on ABC’s “Agents of S.H.I.E.L.D.”

The TV series is based on the Marvel Comics’ organization S.H.I.E.L.D. (Strategic Homeland Intervention, Enforcement and Logistics Division), a spy agency trying to keep the peace in a supernatural world.

“Growing up, I was always reading Marvel comic books,” Titley said from his home in California. “They’ve been such a big part of my life, my whole life.

“Comic books are probably the most important thing that shaped me. They shaped me as a thinker, reader, dreamer, imaginer — all those things came from comic books.”

Titley even credits comic books for leading him to his English major and his Ph.D. He graduated from Eastern Illinois University with degrees in English and business. He earned a master’s degree in motion picture producing from the University of Southern California in 1991 and is working on a doctorate in mythological studies from Pacifica Graduate Institute.

“I’m working on the dissertation just for fun, because I love mythology and it’s so linked in my career,” he said. “I love comparative religion and history, and narrative storytelling, and that’s what this is all about.”

Titley recalls his love of superheroes as a kid, when he admired characters, such as Superman, Batman, and Marvel Comics’ creations, such as Spider-Man and Hulk. And he gets to revisit that childhood every day when he goes to work.

“I have a vintage Marvel superheroes lunch box. It’s the exact one I had as a kid. I had to rebuy it on eBay,“ he said. “But I still use it sometimes when I take my lunch to work.”

Titley’s first step toward his dream career as a writer was when he got accepted into the Peter Stark Producing Program at University of Southern California, right after finishing his degrees at Eastern.

“Through that, I had various internships working at studios. Producers, they like to get Peter Stark interns because we were all sharks and overachievers,” he said. “For me, it was like being a producer in training.”

Titley worked for Joe Dante, the director of “Gremlins” and “The Howling,” and he had many opportunities to learn about screenwriting.

“I was his assistant for a couple of years, and during that time, I started working on a script. I always wanted to be a writer,” he said. “I learned what made scripts good and what didn’t. I had access to all the meetings; it was kind of like a film school of itself.”

While working on his script, Titley was hired as a creative executor at Nickelodeon. “Basically, I would try to find projects for them to make. I would read tons of scripts and try to find ideas that we could turn into movies. I met a lot of writers and people in the business.”

Titley’s original script, “The Hollow Gang,” which he describes as a horror movie for kids, did eventually sell. “Scripts never die in Hollywood. They sometimes go dormant for a while, but they never die.”

Although he doubts it will ever be turned into a film, he said, “It got me a lot of notice in town, and I got hired to write other scripts based on that.

“Eventually, it ended up on the desk of Chris Columbus, and he hired me to write a few movies for him. I had a two-picture deal; one became ‘Cheaper by the Dozen.’”

Titley said he crossed paths with Columbus again a few years later when he asked him to join the writing team for “Percy Jackson & The Olympians: The Lightning Thief.”

“He knew I was working on a Ph.D in mythological studies and he said, ‘This sounds like it would be perfect for you. Are you interested?’ And I said, ‘Yes!’ It was a fun reuniting of the team.”

Titley wrote the screenplay for the 2010 film based on the book by Rick Riordan. Titley like writing both original material and adaptations for different reasons.

“Both are fun and have their challenges and perks,” he said. “With adaptations, you generally know where the story is going and where they end. To make the movie work you have to invent things completely, change a lot of things, and try not to get too far away from the book. “There was a very big following with ‘Percy Jackson’ and they were very loyal to the story. When we started it, there were a lot of things we had to change,” he said. “You just have to hope that people will like what you had to change.

“Original scripts are fun because you just go where it takes you. There’s no road map like when you’re adapting a book,” he said. “But sometimes it’s hard to find the ending.”

About a year ago, he heard writers and producers were being sought for “Agents of S.H.I.E.L.D.”

“I’m a Marvel nerd, so I met with the whole team over there and we hit it off,” he said about series creators Maurissa Tancharoen, Jed Whedon and Joss Whedon. “They offered me the chance to write and I said, ‘Yes!’ I love that show!”

Titley joined the series during season two and is now on the team for season three, which debuted on Sept. 29.

It’s been one of the best experiences of my professional career. I love the stories we tell, the cast and all the other writers I work with. It’s a lot of hard work and it shouldn’t be this much fun,” he said. “Actually, it should – it should be this much fun. It’s been terrific.”

While the characters and plot of the show are tied to other films in the Marvel Cinematic Universe, such as this spring’s blockbuster “The Avengers: Age of Ultron,” Titley said, “’Agents of S.H.I.E.L.D.’ took on a life of its own. It’s not beholden to the comic books.

“The whole Marvel universe is connected so we have to be very up to speed on all the movies and vice versa because characters from the movies are in the various TV shows,” he said. “In the history of entertainment nobody has done what Marvel is trying to do. There’s never been anything like it.”

Titley is part of a team of writers and serves as a consulting producer on all episodes. In order to keep up with the writing demands of a weekly series, different writers are assigned to write particular episodes.

“We all sit in a room together. Everybody is involved and in sync and knows what’s happening,” he said. “We do it as a group, then someone peels off and writes it and the others keep marching forward.”

During season two, Titley wrote two episodes: “The Writing on the Wall” in 2014 and “Afterlife,” which aired earlier this year.

“We have quite a bit of input on various things, and we are in charge of our own episodes,” he said. “We sit on the set because directors on television, they bounce in from show to show. They haven’t been in the room like we have, so we know that this little thing is important for the storyline – this object or line of dialogue is important for the series down the road.”

Titley can’t divulge what fans can expect during season three, but he expects to have the opportunity to write a couple of episodes. And while some writers work as a team, he said he prefers to write solo.

“I go in a bat cave by myself and get it done,” he said. “I have a home office that’s decorated with all my childhood toys and books and posters, and that’s where I prefer to do my writing.

“But in television everything happens so fast, so I don’t always have the luxury to write at home. I can pretty much at this point write anywhere – in a hotel lobby, in a car.”

Titley said while writing for “Agents of S.H.I.E.L.D.” is a full-time gig, he works on other projects in his spare time. He was tapped to write the script for an adaptation of the comic “Hoax Hunters.”

“And, I have a top secret project that I set up in Amsterdam, but that one I’m not allowed to discuss,” he said.

Titley credits many people who have aided him in his career, including his manager Warren Zide, who has become one of his best friends. “He basically launched my career,” he said.

“There were the lean years when I was eating a lot of ramen noodles,” Titley said. “I put myself on the five-year plan from when I touched the ground in California – if I’m not making money in five years, I’ll give it up. I sold my first project with six months left on the clock, so it went right down to the wire.”

Titley also credits the longtime support of his family: his mother, Berniece Titley; father, the late Dale Titley; brother Mike; and grandmother, Diamond Shunk, all of Mattoon. He also remembers fondly the teachers who inspired him along the way. “My very dear friend, Ann Boswell (professor of English at EIU), wrote a letter of recommendation to get me in film school,” he said, also recalling other EIU professors who supported him, including Frank McCormick, David Radavich, Walter Lazenby and William Searle, among others.

Boswell met Titley when he was a student in her Colonial American Literature class during her second year as a teacher at Eastern. The two talked a lot about screenwriting, according to Boswell.

“He was a really good-natured, smart kid who did all the work… but I remember reading the first paper he turned in and he was such a good writer and so smart that I realized he was smarter than I was,” she said. “I thought, ‘This person is really talented.’”

As the youngest student ever accepted to the film school, Boswell said the school “fit him like a glove.”

“He’s so unpretentious and modest, and very unassuming. He made everything look easy, and of course, it isn’t,” she said.

Boswell, who is a fan of Titley’s work, said he is good about keeping in touch. He has spoken to students in her film studies class when he’s been home.

“He’s very generous and really good about keeping in touch,” she said.

Boswell said Titley was even kind enough to give her family a tour of USC when her son was in high school.

“I just love that I’ve kept in touch with them all these years,” said Titley.

Titley also cherishes the influence of his honors English teacher at Mattoon High School – Delbert Willison. “He was a lot like that Robin Williams character in ‘Dead Poets Society,” he said. “He was very encouraging in a lot of unorthodox ways – very inspiring. He’s that teacher they make movies about.

“There’s something special about growing up in the Midwest. It breeds dreamers, I think,” Titley said. “I was lucky that way, with my parents and teachers who knew they had a big dreamer on their hands. They never said, ‘That’s impossible. It can’t be done.’ They were always encouraging me.” 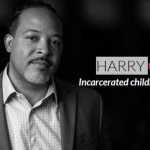 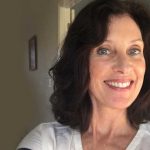