In honor of LGBT Pride Month, author Edward Santana reflects on how the historical 1993 March for Lesbian, Gay, and Bi Equal Rights and Liberation shaped his personal and professional identity, including his recent book, Jung and Sex.

Jung and Sex emerged from a journey that began many decades ago. As a nervous but ardent young man in 1993, I remember marching alongside some 800,000 other impassioned souls on the streets of Washington in the defiant March for Lesbian, Gay, and Bi Equal Rights and Liberation. The protest was one of the largest public demonstrations for equality in human history and it was one of the most exhilarating days of my early life, which until then had been shadowed by long periods of shame and difficult mental suffering. Crossing the precipice and standing before the cameras of the world was a harrowing experience of liberation. We were protesters against cruel laws and an intolerant culture, and we were attempting to move history forward in our own small way. Beyond the discrimination and isolation many of us faced, the scourge of HIV/AIDS was also decimating our once-resilient communities, and countless innocent lives were lost. I saw then that living as one’s authentic self would require immense courage, a process of individuation that I would later come to appreciate. Like so many at the march, we walked with a solemn regard for the courageous ones who blazed the path before us under more violent conditions. Pride celebrations are about many things—human rights, dignity, love, creative expression, flamboyance—but more deeply they are about gratitude, community, and remembrance. The masses gathered that day to uplift the collective spirit and to celebrate our individual journeys through the flames of oppression. With a conscious eye, I learned about human resilience and the irrepressibility of the soul. That became the spark that brought me to Jung’s work.

To lead a psyche-led life, an attunement to the soul, requires living as one’s authentic self in a greater engagement with complexities, not less. Jung, among others, pointed the way for deepening the value of inner life and its many mysteries. Reductionism, however, is oppression—and oppression does not serve the soul. As therapists, our work is to move beyond reductionism, to host the polymorphic spirit and its illuminating complexities. Given the history of the mental health field and its sanctioned discrimination of the LGBTQ community, this is especially critical. Consciously or not, its historical effects remain. Mental health professionals have much work to do to systemically address the long legacies of its founders’ treatment of oppressed communities, and Jung and Sex offers another step in that important direction. The growing diversity of the world demands an expanding openness, and a therapeutic activism that grows from our profession’s experience of witnessing and tending the ills of the world.

Collectively, we must remain more aware that liberated and open societies are but a small bastion of consciousness in a larger world where billions today live under repressive regimes without basic human rights—unable to love who they love without threat of death, imprisonment, or violence. Discrimination and prejudice are the great unacknowledged mental and physical health issues of our world. They create deep wounds to the individual and collective psyche. Pride, however, is our revolutionary act—a bridge to health and a reflection of the resilient soul, which lives in all of us.

Edward Santana, Ph.D., is a Registered Psychotherapist and teaches advanced clinical training courses for doctoral students. He also coaches executives and advises organizations and teams on strategy and innovation, by integrating critical depth psychological perspectives. His career includes a range of business, organizational, clinical, and academic experience. He held leadership positions as a senior management executive, clinical program director, and congressional staff member. Edward also led a team of therapists in a transformative program serving incarcerated youth at two California prisons. He was Executive Director of the Ontario Association for Marriage and Family Therapy, a large division of the AAMFT, in Toronto, Canada, where he also maintained a private practice. He currently lives in San Francisco, California. Learn more about Edward at edsantana.com. 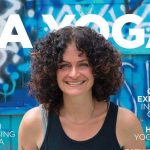 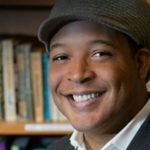