If you are a citizen yearning to take intelligent action but not called to the activist path, or an activist burned out from the frustrations and perils of activism, or a sensitive person just plain worried about how events in the world are unfolding, this is for you.

The Problem: Splitting Reflection and Action
Activism uninformed by sustained deep reflection easily slips into unhelpful aggression and moralizing. “Quit shaming and depressing people,” for example, is advice I often give activists who do not think about the emotional impact of their words on their audiences. Unending gloom and dismal numbers, melting icecaps and body counts, guilt trips: is it any wonder people with no way to deal with all this retreat and numb out? The unreflective activist shines a spotlight into the eyes of people sound asleep and expects them to wake up and get active. Instead, eyelids close tighter.

Activists must also deal with burnout, lack of funding, lack of support, rage from opponents, misunderstanding from allies, and, very often, state violence and the lingering emotional and physical costs of it.
Activism is responsible for protecting most of the rights we still enjoy, but when split from self-care skills and knowledge of human nature, it can also reinforce and energize what it wants to curtail.
On the other side flies the lofty idealist who believes that meditation, chanting, or inner work will cure the world of its ills—which they have never done in any of the societies that practiced them. In the United States, where millions flock to yoga studios and therapy jargon permeates politics, unlimited campaign contributions go on flowing into elections as ecosystems die off, state violence looms, and millions do without three meals a day.
When permeated by energy talk of “vibes” and “manifestation,” appeals to prismatic cosmic principles look foolish to those still on the ground. As clouds of incense rise, the ruthless seize high office, the super-rich get richer, and the tractors pave entire forests.
Inner work kept separate from the messy business of outer life also tends to collapse when confronted with serious opposition, leaving the world stge to the shallow, the greedy, and the ambitious.
What is available for people either disenchanted with ordinary activism or not called to it to begin with? For followers of synchronicity, oracle, and dream who see their intuitions pointing out into the world? What is a third alternative to unreflective activism and insulated subjectivism?

Origins of Archetypal Activism
The idea is actually quite simple, even though its ramifications are potentially enormous. It is
this: if our dreams arise from the World’s Dream, then we can perhaps glimpse what the world itself desires. And knowing this, we can then act in the world, on behalf of the world. This is the concept that I call “Archetypal Activism”….
—Stephen Aizenstat, DreamTending: Awakening to the Healing Power of Dreams

In April 2002, Pacifica Graduate Institute hosted a conference called The World Behind the World. With 9/11 only a year in the past, the conference featured many political perspectives. One of these was Aizenstat’s call for an “archetypal activism” capable of fathoming and responding to collective catastrophes like terrorism and global warming.

Most of the analysis at the conference applied psychological ideas to current events. Christine Downing applied Freud’s concept of the uncanny to what the Department of Homeland Security promises to protect us against: the return of the terrifyingly unfamiliar. Henrieka deVries linked terrorism to the stern father imago behind patriarchy. Lionel Corbett looked for archetypal themes in the fall of the World Trade Center. Pushing beyond applied psychology, Michael Meade called for public mourning and for mythic stories and rituals performed right out in the streets, “grounding in zero.” Sobonfu Somé highlighted the ever-increasing need for the presence of wise elders and the fabric of strong community.

However, some presenters attacked the very idea of archetypal activism as contradictory. Deep psychological work, they claimed, is about reverie, resonance, and non-linear understanding, whereas activism concerns itself with short-term solutions in a context of oversimplified linear thinking.

For those of us aware of the community involvement of several key depth psychology pioneers (including Jung, who collected Nazi leader profiles for the US Office of Strategic Services), this refusal to even ask how depth work might inform action in the world seemed odd, a symptom of the very splits under heated discussion.

Although James Hillman did not present at the conference, “Psychoanalysis,” he had stated in InterViews, “has to get out of the consulting room and analyze all kinds of things. You have to see that the buildings are anorexic, you have to see that the language is schizogenic, that ‘normalcy’ is manic, and medicine and business are paranoid.” In The Thought of the Heart and the Soul of the World he wrote

Recognition that the soul is also in the world may awaken us from the psychotherapeutic trance in which we pay a hundred dollars for an hour of subjectivism and no more than $19.95 for a beach chair in whose cold metallic arms and plastic lap reflection actually takes place, day after day.

Taking on this challenge, archetypal activism sees into and through current events, in effect tending them as one tends dreams, and converting this tending into direct action. How?

When teaching archetypal activism, I have included a few additions. Dreams make good starting points, but we can also tend our strong, heart-based emotional reactions and persistent fantasies and even symptoms as they respond to outer events. While tending as many conflicting viewpoints as possible, we maintain the awareness that some of these viewpoints have been oppressed or otherwise marginalized by powers that be. We also use imagination to explore the positions of beings who are not human (e.g., factory-farmed animals, ecosystems under siege). We must remember to receive adequate support and to assess the results of our actions.
Putting all this together, we arrive at the following overlapping activities involved in doing archetypal activism:

These could be thought of as modes of one two-phase operation: Listen to the guidance of imagery in an event and act on behalf of that imagery. In systems terms, the moves above provide a potentially continuous feedback loop for encouraging a complex social system to evolve.

Examples of Archetypal Activism
The following projects were created by participants in Stephen Aizenstat’s DreamTending™ [link] workshops and in my Deep Storytelling and Archetypal Activism classes. All began as responses to a pressing concern that arrived via a dream or other signal event reaching across the inner-outer split to touch the heart directly.

A beauty of archetypal activism is what it offers to those of us who avoid protests and crowds and more public activist endeavors. It works for introverts and extraverts alike. And it enlists those who would normally not consider themselves activists.

A Myth for Archetypal Activism: The Yellow Emperor’s Dream
According to Taoist monk Lieh Tzu, the Yellow Emperor of China searched everywhere for enlightenment so his people and their lands would be happier. After going on long journeys and consulting with hermits, he came home, frustrated, only to wake one morning in joy.

Calling his ministers, he said, “I spent three months in seeking and seclusion trying to learn how to govern the country and cultivate myself, but thinking this out did not help. This morning I woke up enlightened, at last, from a dream.”

Everyone in the kingdom got to work to make it resemble the mythical land in the dream. After twenty years they had come very close indeed. When the Yellow Emperor finally died, the people mourned the passing of a visionary leader.

As Eva Wong writes in her “hermetic opening” of Lieh Tzu,

On the islands in the eastern seas are immortal beings who live on dewdrops and pinecones.

They do not eat grain, they feed on the wind and vapor, and their minds are as clear and still as the mountain lake…. They are open, friendly, and have no inhibitions…There is no fear, no anger, no tension, and no dissatisfaction. No one is superior or inferior to anyone else. Everything is bountiful and everyone enjoys the providence of heaven and earth…. The deities bless the land, and the monsters never go near it. This is the land the Yellow Emperor visited in his dream.

Beyond Sarumanism: It’s Up to Us
In his letters, J.R.R. Tolkien coins the word sarumanism to denote the customary belief that only money, power, and publicity create change in the world. He firmly disagrees. It is (he points out to one fan) not the great generals, armies, or wizards who transform Middle-earth, but the determined actions of little hobbits. And so it is in life.

In the 2012 film The Hobbit: An Unexpected Journey, the wise woman Galadriel asks the wizard Gandalf why he chose to send the unmotivated and decidedly unheroic Bilbo Baggins on a dangerous mission: “Why the halfling?” Gandalf replies with a statement that does not appear in the novel but is echoed in Tolkien’s letters:

Saruman [the corrupt head of the wizardly order] believes that only great power can hold evil in check, but that is not what I have found. I’ve found it is the small things, the everyday deeds of ordinary folk, that keep the darkness at bay. Simple acts of kindness and love…. Why Bilbo Baggins? Perhaps because I am afraid, and he gives me courage.

It is vital to bear in mind that change on a large scale depends not on huge, spectacular actions so much as on more modest ones performed soulfully and with devotion. The impact of such actions increases when they are linked.

For more about the online course in Deep Storytelling and Archetypal Activism, please contact Pacifica Public Programs [link]. For more about DreamTending™ with Stephen Aizenstat, visit this site [link]. 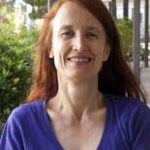 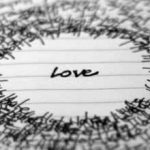 The Election: Of Hate, Grief, and a New Story by Charles EinsteinElection, Special Topics