For decades, a historic two-story home in Anaheim’s Maxwell Park hosted the Ability First program, which provided services for people with developmental disabilities. But when Ability First left Orange County in December 2015, the city was left without a principal program for the developmentally disabled community. The Maxwell Park location had been less than ideal for this purpose, as it had become too small to meet the needs of the population, and it was not compliant with the Americans With Disabilities Act.

Fortunately, Anaheim’s Community Services Department was already developing the new Anaheim Accessibility Center in Citrus Park. Formerly a train station and later a child-care center, this new hub set the stage for various nonprofit groups to address the needs of the developmentally disabled community. All it needed was a cornerstone program to light the beacon. Enter Creative Identity.

Though the Anaheim Family YMCA uses the center for some of its special-needs programming and the Dayle McIntosh Center is currently in negotiations to also use the space, Creative Identity provides the developmentally disabled community with access to education in the fine arts and prevocational skill building on weekdays. After relocaing from St. Paul’s Presbyterian Church in Anaheim in June, program director Dr. Cynthia Smith has praised the city for its support of Creative Identity’s programs. “Their whole campaign about being the city of kindness,” she says, “it’s true.”

Prior to starting Creative Identity nearly 22 years ago, founder/executive director/musical director George Gilliam was a guitar player in New Orleans. After he graduated from Xavier University, he moved to California, where he continued to play for 10 years. Inspired by a relative with an intellectual disability, he began to wonder how he could use music to contribute more substantially to society, so he began studying music therapy at Cal State Long Beach. Working in various schools and interning at Fairview Developmental Center, he became immersed in the population.

Later, when working with Doris Walker at Hope University (now Hope Center for the Arts), Gilliam met Joaquim Dixon. At the time, Dixon would sing along to records; Gilliam would play the tunes Dixon enjoyed listening and singing along to. Gilliam gave Dixon the choice to either continue singing to himself or to go out and perform with others, which began their early tours of nursing homes and other small venues.

When Gilliam decided to start Creative Identity, Dixon came along as the first client. “Then the group grew to five for a while, and then we had [other autistic students] as well as those with Down syndrome or blindness that were participating in the singing,” Gilliam recalls.

From the earliest days, the methodology was clear that music and art could facilitate the development of other faculties and fill in gaps between the general public and the developmentally disabled community. “Over the 21 years [we’ve been working with Dixon],” Smith says, “he’s been able to develop his social skills and his independent skills, his money management skills with help from Life Skills Support. And by going out and performing and interacting with people, he’s actually living in a supervised, independent apartment [having graduated from living in a group home].”

The Long Beach-born Smith earned a music-therapy degree from Chapman University and a Ph.D. in mythological studies with an emphasis in depth psychology from Pacifica Graduate Institute. As a student at Chapman, the music-therapy director introduced Smith to the clients of Creative Identity as an independent contractor, and after she became a board-certified music therapist, she began working with the organization regularly. Now, Smith serves not only as the program director, but also as the clinical training director, dealing with the organization’s music-therapy, human-service and psychology interns.

According to Smith, Creative Identity does a lot of fundraising to supplement its funding so that the organization can hire the high-quality instructors required. In addition to advances in independence, social skills and prevocational skills, clients are given opportunities to earn a commission on their arts and crafts at a variety of events, including the upcoming “We Are Light” boutique at Knott Avenue Christian Church.

“We want to improve the perception of society toward this population, as typically they’re not wanting to be seen by the public, and typically, they’re seen as people who take resources instead of give,” Smith says. “Our mission is to let them know that they are creative and contributing members of society, that they’re worthwhile people just because they are.”

In addition to the boutique, the evening will include a concert featuring songs, instrumental performances and dancing. Among the participants is Nathan Alexander Bush, who will be playing the fretted dulcimer—Smith’s own instrument of virtuosity—having graduated from the ukulele. Asked which instrument he prefers, Bush responded, “I prefer the dulcimer because a dulcimer is a really big challenge for me to play, and I’m up for that challenge.” It’s good to know that there’s a program in Anaheim that is able to offer him that challenge. 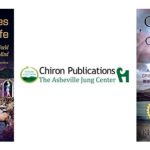 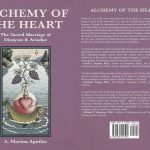