Attempted scam is a lesson on fraud

My goal was simple: to cancel a rental car in another city because I no longer needed it. When I called the number that I assumed would connect me with those who could assist in my canceling the rent car, I had no idea what a vortex of fraud I was to enter.

I cannot relate here the intricacies of those who professed to be employees of the car rental company, but who in fact were scammers, skilled in how to disarm their victims by encouraging trust in them and their deep concern for quickly refunding to my checking account money I had spent for the car. So the extortion had begun but I was initially deaf to its shape and pattern.

The upshot of such a slick scheme was that my bank, smelling something foul about a request for funds from the scammers, sent me a notice even as I was still on the phone, growing only slightly suspicious of their propaganda. I told the scammer that I wanted to call my bank first before seeking the refund further. A bank employee asserted that our accounts were to be shut down immediately and that my wife and I should come in to begin the process of opening new accounts. The old ones were frozen.

Anyone who my wife or I have told about our close encounter of the fiendish kind, almost without exception were eager to share their own story of facing fraud without knowing it, and how stupid, even ashamed, they felt afterward.

I do not believe it has anything to do with being stupid. But I do sense that there is something pornographic about fraud. Its intention is to play off a person’s basic sense of trust and often their generosity, as they fall victim to helping someone they know who needs financial help, which is a false claim by the scammers. Such a violation of these human virtues takes the shape of bilking individuals of their savings.

The most current AARP Bulletin is devoted primarily to “The Bad Guys: Who They Are and How to Stop Them.”

Immensely helpful. And painful to read for many of us who see in their reporting the very scam pattern leveled at us. Its main article begins with a quote from the classic text, The Art of War by Sun-Tzu: “Know the enemy and know yourself; in a hundred battles, you will never be defeated.”

A tall order given the intricate, sophisticated and well-practiced fraud schemes that have netted those in the counterfeit game hundreds of millions of dollars from unsuspecting victims. Those 60 years or older are particularly vulnerable.

The large caution for all of us is to be wary of divulging any information to solicitors by phone, email or other vehicles of transmission. The Bulletin goes on to outline the 8 most prevalent “fraud pitches” being used in accelerating numbers across the US— and suggestions for how to avoid their quicksand pitches.

Over 700 years ago the Italian poet, Dante Alighieri, outlined in his Divine Comedy the face of fraud: “Behold the beast who bears the pointed tail. . . /Behold the one whose stench fills all the world.” And then to fraud’s visage: “The face he wore was that of a just man,/so gracious was his features’ outer semblance; and all his trunk, the body of a serpent; . . . And all his tail was quivering in the void/while twisting upward its envenomed fork” (Inferno 18).

His figure is an unnatural amalgam of a stinging scorpion with an innocent human face. Be aware that such an appetite for wealth, driven by deceit. is only a telephone call or email away. 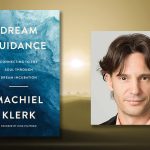 Dream Guidance: Connecting to the Soul Through Dream IncubationAlumni in Action, Books 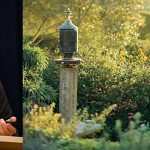