Sandra Rogers, M.A., LMFT, (1996 graduate of the Counseling Psychology Program) has announced she is the winner of a Gold Medal in the Aging Consciously category of the 2020 Nautilus Book Awards for her book, Inviting the Queen: An Emerging Archetype for Women at Midlife. Rogers is an alumna (class of 96) of Pacific Graduate Institute in Santa Barbara, Ca. She holds a Masters in Counseling Psychology and is a Licensed Marriage and Family Therapist.

Rogers said that the book was the product of further thought and research originating from her Masters thesis and entitled, The Empowered Crone: Modern Women’s Expectations at Midlife.  Her thesis employed the commonly used Crone as the name of the stage then thought to cover the last third of women’s lives.  When, later in private practice, she sought to work with the crone as an archetype for this time of a woman’s life, she found that women rejected the concept and term, crone, for this midlife stage. After 20 years of thinking about why that was so, Rogers realized that there was another stage and archetypal energy that came before the crone—and she named that the Queen.  The book details this stage of contemporary life and acts as a personal guidebook for a woman to recognize her own Queen aspect and develop it.

The 2020 Nautilus awards were announced in May 2021 and are an annual accolade of books in the genre of social and environmental justice, established in the US in 1998. The award seeks to recognize books in multiple categories that “make a difference and inspire.” The award is named for the nautilus shell, as a symbol of wisdom and growth.

Inviting the Queen is published by Mandorla Books, Sacramento, CA and is available for sale on Amazon. 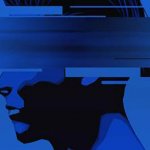 Racism and the Unconscious: Why Higher Education Needs FreudAlumni in Action, Essays & Poems 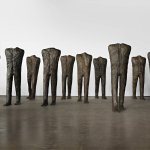