Saundra Salyer (Humanities 2012) grew up as an army brat (British Regimental Attached Traveler). She lived her childhood in Europe, graduated from high school in Japan, and still feels most at home on the road. Saundra was an ardent 60’s and 70’s activist, participating in MLK’s March on Washington, the People’s Revolutionary Constitutional Convention, the San Francisco State Strike for a Black Studies Department and People’s Park, anti-war organizing, teaching at free universities, working in the underground press, and eventually publishing Women & Film magazine. In her early 30s, Saundra began a life-long study of spirituality, Sufism, and sacred psychology. Marriage and the immense blessing of two extraordinary children led to a wonder-filled career as a Waldorf teacher and administrator. Her experience on the first Jung Legacy Tour led to the Humanities and Depth Psychology Program, and a renewed interest in writing and teaching. 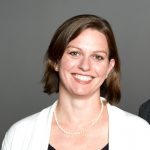 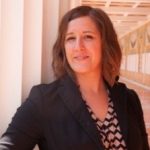