Odette Springer holds a B.A. in Piano from the Manhattan School of Music and a Ph.D. in Mythological Studies with an emphasis in depth psychology from Pacifica Graduate Institute.  Her dissertation focuses on trauma and the creative process and is entitled Changing Woman: Calling The Feminine Home. In addition to her dissertation, Dr. Springer has published poetry and academic essays in several anthologies.

Dr. Springer is also an independent film producer and classically trained musician. She has written, composed, and performed music for over 25 films, including works for HBO, Showtime, Paramount Studios, and the Disney Channel, as well as numerous international television networks. As Vice President of Worldwide Music for Concorde New Horizons Pictures, she supervised music and served as the liaison between direct producers and company management.

Dr. Springer’s first feature documentary about Hollywood’s B-Movie industry premiered at the Sundance Film Festival and was nominated for the Grand Jury Prize. This film eventually evolved into the critically acclaimed film Some Nudity Required, which immediately secured worldwide distribution.

Currently, Dr. Springer teaches writing at the Joseph Campbell Writers Room at Studio School in Los Angeles.  She also maintains a private practice in which she works with the tools of depth psychology, such as active imagination, dreams, and mythology, to help awaken the creative spirit. She is fluent in French, Spanish, and Dutch, has traveled extensively around the world, and has a quirky sense of humor. 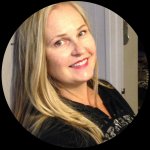 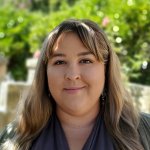