Tell us about yourself and your new book Toni Wolff & C.G. Jung: A Collaboration

I have studied Jungian psychology since the 1960s, having published in the Jungian journal Psychological Perspectives and taught at the C.G. Jung Institute of Los Angeles. After having written my Ph.D. thesis on Toni Wolff and C.G. Jung, I received grants from the Joseph Campbell Foundation and the Countway Library of Medicine at Harvard University to write this book.

Toni Wolff & C.G. Jung: A Collaboration is the first comprehensive book about the life and work of Toni Wolff, the other woman in the life of analytical psychologist Carl Jung for over forty years.

Wolff was Jung’s primary collaborator during the formative years of his psychological investigations. She had an extensive knowledge of subjects such as myth, philosophy, and eastern religions, and created a groundbreaking model of the feminine psyche. She also introduced Jung to the life of eros, that vibrancy of experience he would later describe as the inner daimon of relationship. She was his muse, his confidante, and his inspiratrice; however, she has been almost entirely erased from history.

For the first time, in this book, the life and work of Toni Wolff along with her complex relationship with C.G. Jung comes to light through personal letters, archival documents, impressions from her family, insights from Wolff’s personal diaries, and statements made by Wolff and Jung themselves. It includes dozens of historic photographs and tells the story of the love and genius behind analytical psychology.

How/Why did you write this book?

When I was 22, I discovered a pamphlet containing an essay written by Toin Wolff. It was a brilliant piece on the feminine psyche. I wanted more information, but the volunteers at the Jungian library would not discuss her. Later I found out why: she was not only his collaborator, she was virtually a second wife. To protect Jung’s reputation, the Jungian community had minimized her role in his life, including her importance in developing some of his most famous theories. This is the first time she has been given full acknowledgment and credit for her contributions.

What has been most rewarding about writing the book?

Discovering how complex of a woman she was. The myth, so to speak, among Jungians has been that she and Jung had an almost ideal relationship, a perfect love. And while there were certainly elements of that–there was also such a profound, flawed, deeply human side to their love, which encompassed a great deal of sorrow and loss.

What were the most critical problems faced?

The most critical problem was finding reliable evidence because so much of the material about Toni Wolff has not been preserved. I found more material in the United States than in Switzerland because those who worked with her analytically brought back with them copies of her essays, letters she had written to them, and anecdotes about their time with her, which gave me a rich understanding of her as a person and her relationship with Jung. I was very fortunate to have the assistance of Toni Wolff’s relatives, who provided me with very rich private archival material, including access to her personal diaries and photographs of her with Jung and family members.

My dream achievement would be to have brought Toni Wolff’s story to an even larger audience than it has thus far reached. I would like to have received recognition from my peers for the quality of the work and for all of the major Jungian journals to have reviewed it (which they are currently in the process of doing), but most of all for many more people to know about Toni Wolff’s invaluable contributions to analytical psychology.

About Pacifica and you: what brought you to Pacifica Graduate Institute?

Well, it’s a funny story. While I was waiting for my son to finish a college campus tour, I visited the book store and found a book on Carl Jung. I had never read this one before and was so excited that I finished it on the spot. It occurred to me that I could continue to read books on depth psychology on my own for the next 5 years or I could do so and end up with a Ph.D. from Pacifica which specializes in depth psychology.

“Each individual may, by the grace of God, be put in touch with that creative spirit which gives spiritual life.” –Toni Wolff, “Christianity Within,” 14 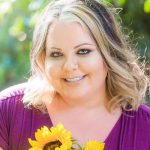 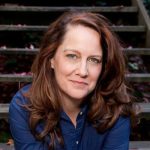